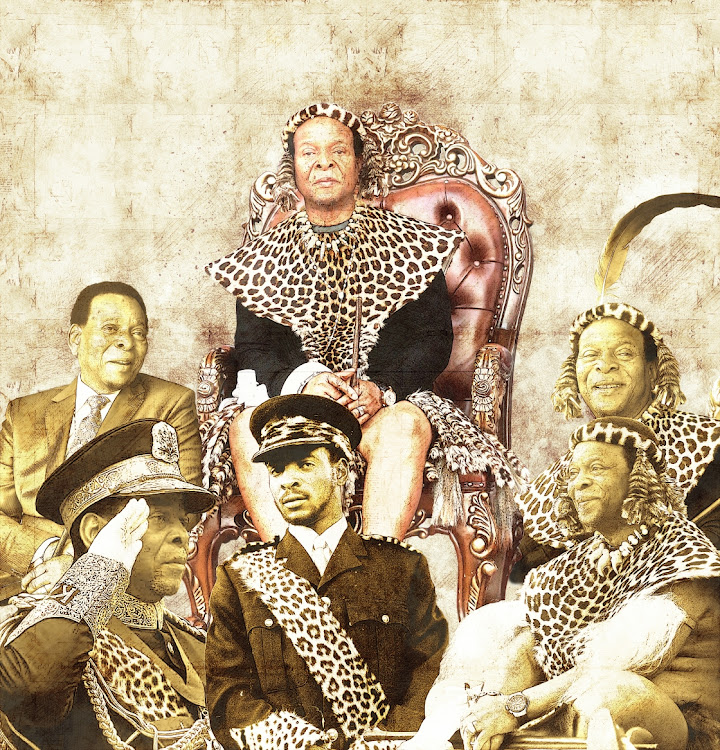 Despite his aristocratic bearing, King Goodwill Zwelithini was also a ruler at home with ordinary people. He was reportedly in the habit of driving himself around in the countryside without bodyguards.
Image: Eldridge Le Kay

In 2011 the KwaZulu-Natal provincial government celebrated the 40th anniversary of King Goodwill Zwelithini’s reign as the traditional leader of the 11-million strong Zulu people.

Not a cent was spared for the celebrations, as his subjects expressed their love, respect and appreciation for the longest reigning monarch in Zulu history, a record previously held by his forebear, Mpande kaSenzangakhona (1798-1872), the root on which the Zulu royal dynasty grew. A successor of his brothers Shaka and Dingaan, he sat on the Zulu throne from 1840 and reigned for just over 30 years.

After reports of his passing on Friday, King Zwelithini was fondly remembered as a king with a deep love for his people and who was the mainstay of their cultural identity. And while he was a proud and ardent custodian of the Zulu people’s ancestral traditions, he was also remembered as a man of deep religious convictions. This was evident in the church music he occasionally played with some virtuosity on the organ. The musical talent runs in the bloodline as the story of his grand aunt, Princess Magogo kaDinuzulu, attests.

Despite his aristocratic bearing, the king was known to be at home with ordinary people. He was reportedly in the habit of driving himself around the countryside without bodyguards.

King Goodwill Zwelithini, who has died at the age of 72 of Covid-related complications while being treated for diabetes, was one of the most famous ...
Opinion & Analysis
2 months ago

Mourning the Zulu king who reigned for 49 years

Hundreds of traditional leaders and community members have made their way to the Kwakhethomthandayo royal palace in KwaNongoma, northern ...
News
2 months ago

A king to be proud of despite controversies

The passing of King Goodwill Zwelithini on Friday, ending a reign of nearly five decades, is a sad moment not only for amaZulu but for SA as a whole, ...
Opinion & Analysis
2 months ago
Next Article