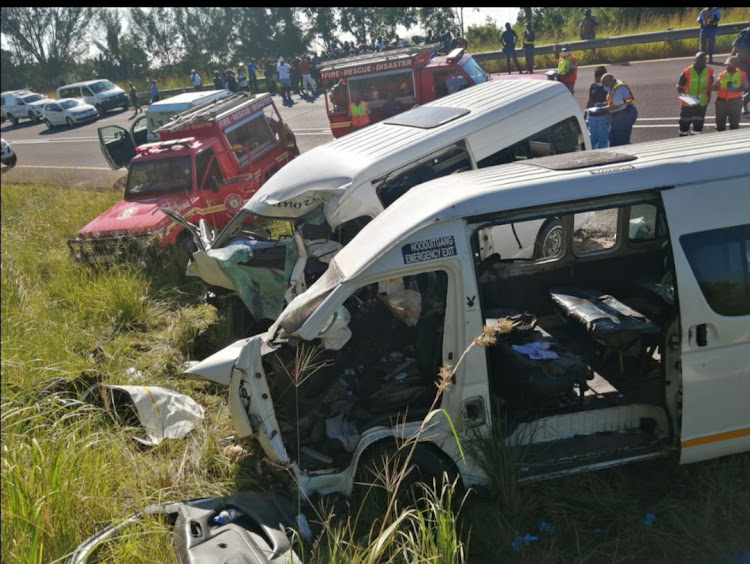 Three people were killed in a head-on collision between two taxis on the KwaZulu-Natal south coast.
Image: supplied

Three people, including two children, died in a horrific head-on collision between two taxis on the KwaZulu-Natal south coast on Friday.

Robert McKenzie, spokesperson for KZN emergency medical services said the accident on the R61 near Ramsgate occurred in the morning.

“Sadly three people suffered fatal injuries in this crash. Paramedics treated at least 17 other patients at the scene, several of whom were in a critical condition.

“The exact cause of the crash is not known at this stage and is being investigated by the police.”

Van Reenen's Pass on the N3 has been closed to traffic after a fuel tanker collided with another truck on Wednesday morning.
News
1 year ago

A bus carrying school children and some parents returning from an excursion plunged into a ravine on the Indonesian island of Java on Wednesday ...
News
1 year ago