'I love you my child': Emotions run high at memorial for murder victim Yolandi Botes 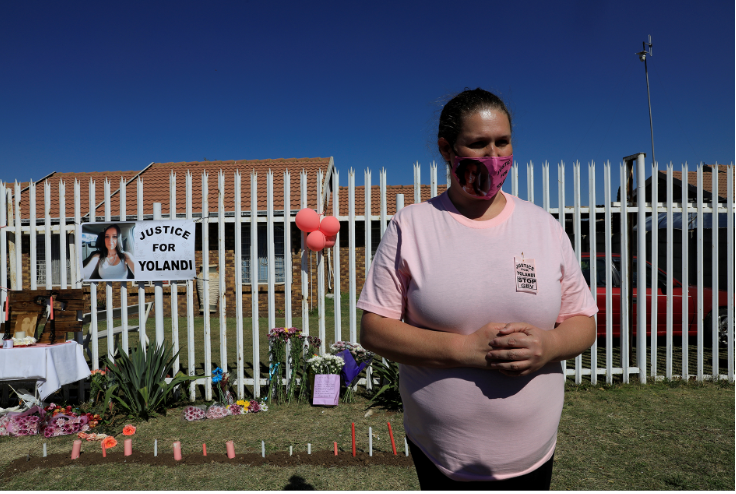 A ceremony was held in memory of Yolandi Botes, in Brakpan on May 15 2021.
Image: ALON SKUY​

Emotions ran high outside the family home of Yolandi Botes, whose body parts were found in the Vaal river last week.

Friends and family had gathered outside the family home in Brakpan on the East Rand on Saturday morning to pay their final respects.

The 35-year-old went missing on April 26 after calling an e-hailing service vehicle at OR Tambo International Airport. She had travelled from George to Johannesburg.

Free State police later confirmed that Botes’ body parts were found last week in the Vaal river, next to Villiers.

'It should have been me': shattered husband on murder of Yolandi Botes

'I can’t believe that the person who did this is able to sleep at night,' says her sister Mariska Oosthuizen.
News
1 year ago

On Saturday, two banners bearing a picture of Botes and the words “Justice For Yolandi” were placed side by side on the white fence at the home.

Mourners had a chance to write condolence messages on the two banners. “I love you my child,” read a message from Botes’ mother, Ria, on one banner.

Bouquets of flowers with candles lay on the grass. Several close friends and community members were seen hugging and comforting each other as they gently wiped their tears.

The family of Botes, including two of her children, sat weeping under a gazebo at the gate of the family home. Many were seen wearing pink “Justice For Yolandi” masks and T-shirts.

“One can’t think that someone could be so cruel. No-one deserves such a brutal murder. It is not easy for the family and we didn’t imagine that something like this could happen to our family. It is like something from a movie or book.

“My mother is taking it very hard. You lie awake at night and wonder why someone would do something like this to your child. Was she at the wrong place at the wrong time?

“I can’t think of anyone that would hate her so much; it doesn’t make sense to me,” Oosthuizen said. 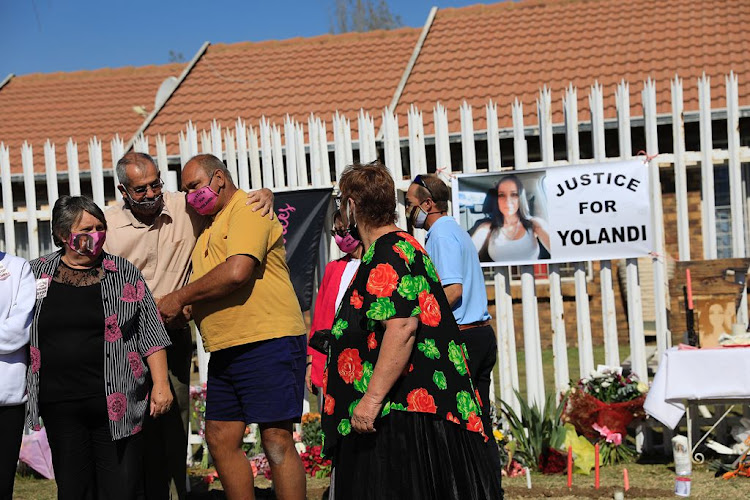 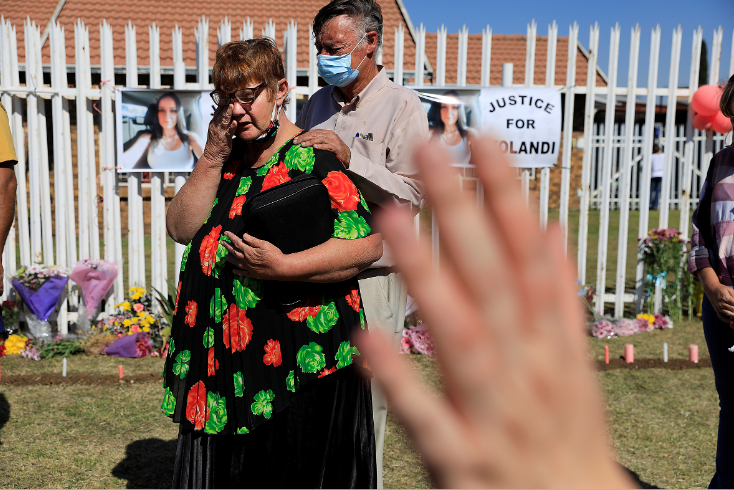 It was a tough day for the loved ones of Yolandi Botes.
Image: ALON SKUY​ 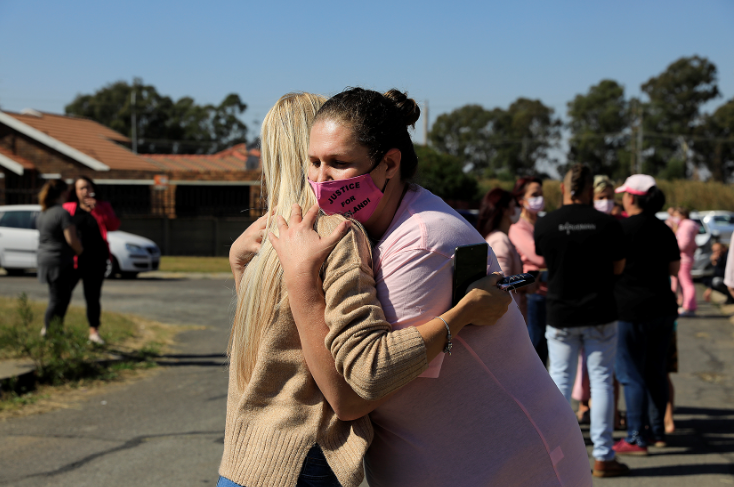 The family of Yolandi Botes, whose body parts were found in the Vaal River, is pleading for help from anyone who can shed light on her brutal murder.
Image: ALON SKUY​ 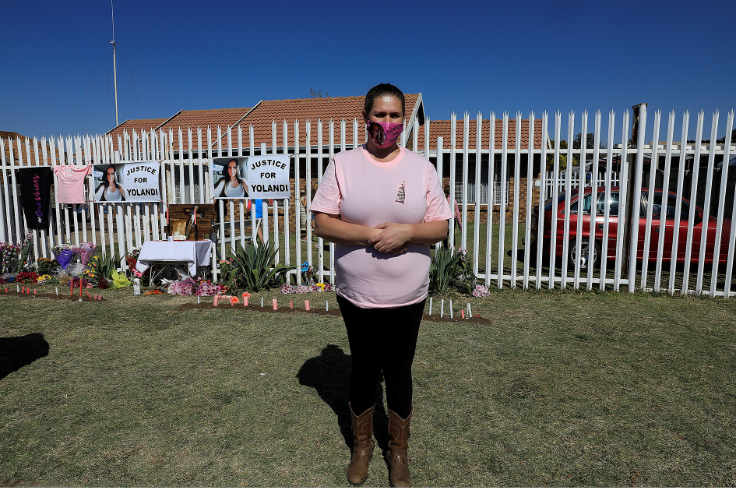 Oosthuizen said Botes was very active in the family WhatsApp group she started and it was “weird” for her to go silent.
Image: ALON SKUY​ 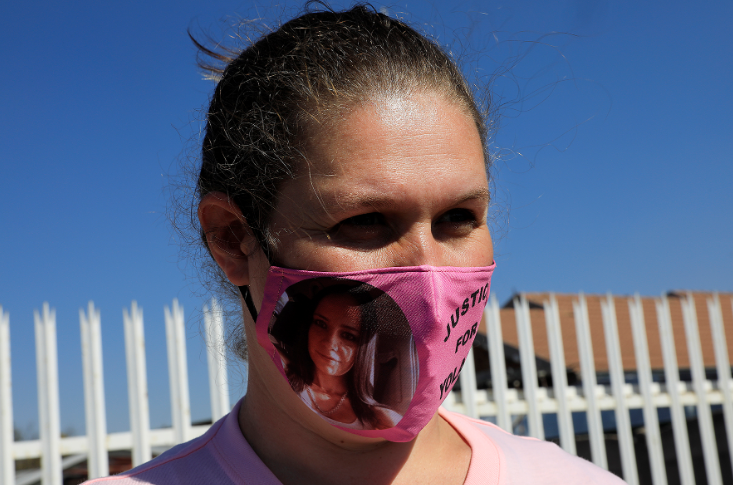 In an interview with Pixie Pink, Botes’s sister Mariska Oosthuizen, an activist for abused women and children, said they became suspicious after not hearing anything from her.
Image: ALON SKUY​ 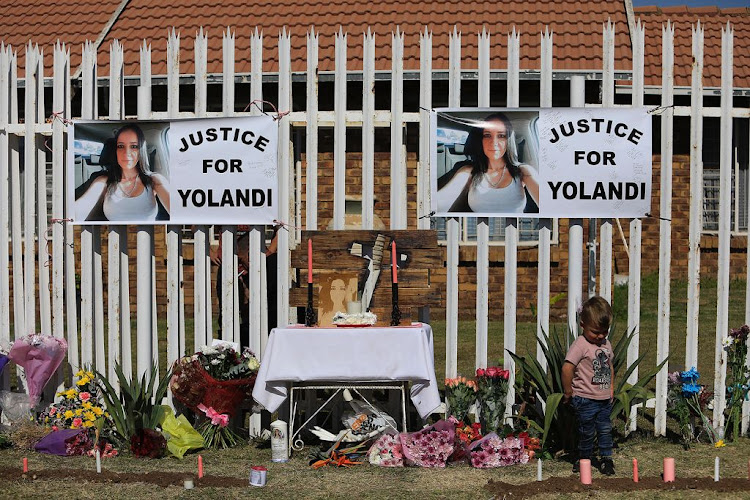 The murder of Yolandi Botes left the family in shock.
Image: ALON SKUY​

She described her sister as a loving person who was always ready to help others. She said it was particularly hard to explain to Botes' three children what happened to her.

“It is not easy for them. We don’t understand it, so how can we explain it to them? All we can do is comfort them. Their hearts are broken,” she said.

Oosthuizen called on police to prioritise the first 48 hours in missing person cases to prevent more people being brutally murdered.

Botes’ other sister, Chanel Herbst, thanked everyone for attending the wreath-laying ceremony on Saturday morning.

“Thank you for all the messages, love and donations. I can only say thank you because without your support we wouldn’t be able to stand where we are today,” Herbst said.

Police spokesperson Brig Motantsi Makhele said a father and son fishing at a holiday resort next to a river made the gruesome discovery. “The boy walked around and saw something in the water that looked like a part of a body.”

The police were called and it was confirmed to be a human foot. Police divers recovered a number of body parts.

He has spent 17 years diving into freezing water, navigating perilous rapids and rappelling down sheer cliffs — all for the sake of bringing hope or ...
News
1 year ago

The 39-year-old woman who was found dead in her car in Hartebeespoort Dam on Saturday morning has been identified as Josina Matsepa from Centurion.
News
1 year ago

Justice for Miguel Louw, even though judge shows his killer ‘mercy’

Three years after the boy was lured to his death, his killer has been sentenced and his family has ‘found justice’
News
1 year ago