Water woes at Helen Joseph hospital linked to at least one death: SAHRC

Commission spokesperson Buang Jones said the renal dialysis patient died because of a “combination of factors, which includes the water interruption” at the hospital. 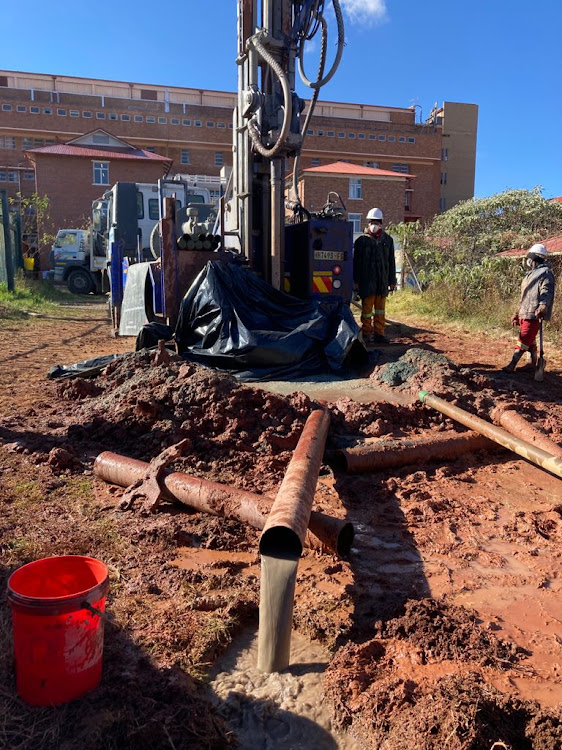 Gift of the Givers announced on Thursday that its team found 18,000 litres of water per hour at 83m deep, at Rahima Moosa Mother and Child Hospital.
Image: Supplied:@GiftoftheGivers

Water woes at Johannesburg's Helen Joseph Academic Hospital have been linked to at least one death, the SA Human Rights Commission said on Thursday.

Commission spokesperson Buang Jones said the man, a renal dialysis patient, had died because of a “combination of factors, which includes the water interruption” in the area.

“They had to postpone his treatment and this was occasioned by other factors, including the recent water interruptions.

“We think the hospital is the best place to provide information on what happened to the patient, but the commission received this information from the medical practitioner responsible for renal dialysis at the hospital,” he told TimesLIVE on Thursday night.

Jones said the commission was told that the hospital had to turn away some patients and also restrict operations due to the water issues. Non-essential operations and procedures also had to be postponed, he said.

During a stakeholder engagement on water disruptions and the impact on healthcare services at the hospital, Helen Joseph CEO Relebohile Ncha said that if treatment of a patient requiring renal dialysis was interrupted for long periods, it could lead to mobility issues and even mortality.

“For renal dialysis, we need consistent provision of high volumes of water that also has a purification system that occurs. If you look at an individual patient, that patient will need about 500ml per minute to go through that machine of the renal dialysis and that leads to about 30 litres per hour per patient.

“If we look at ascension for dialysis in an ideal situation where we put patients in the system for about four hours that would equate to about 120 litres per session. Our facility can take up to 26 patients per session — so about 3,100 litres is used for that particular session,” she said.

Jones said that during the commission's visit to assess the impact of the water disruptions on healthcare services at the hospital, a number of challenges were raised.

Jones said the hospital expressed concern that when there was a water interruption it could result in drainage fixtures smelling, a possibility of having rodents enter the building and also result in the creation of a breeding ground for bacteria, which could lead to outbreaks.

He said the hospital CEO said she could not vouch for the cleanliness of the facility.

Jones said they were satisfied by the outcome of the engagement, where Joburg Water promised that the water supply would be fully restored within five days.

He said the commission would monitor this commitment.

“It is completely unacceptable that operations are cancelled, wards are smelly, and toilets are filthy because of the water shortage. A nurse has described the state of a casualty ward 'as if they slaughtered a cow in there'," said Bloom.

Bloom said water security at Gauteng hospitals had been neglected for too long.

"Bring more water bottles and cash donations to buy JoJo tanks and drill boreholes." This is the desperate call by humanitarian organisation Gift of ...
News
2 weeks ago

Gift of the Givers said their team will be drilling for water at the Rahima Moosa Mother and Child Hospital to avert a water crisis there.
News
3 weeks ago

Some people in Fairland and Northcliff had been without water for as long as five days, says ward councillor.
News
3 weeks ago