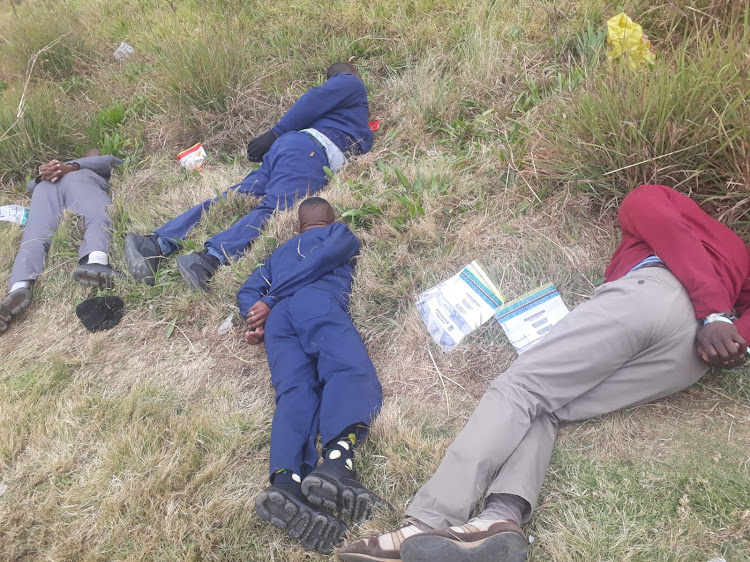 Teamwork led to the arrests of eight suspected hijackers on Tuesday.
Image: Supplied:SAPS

A collaboration between the police and private security companies on Tuesday led to the arrest of eight men who are suspected to be part of a syndicate that hijacks trucks in Gauteng.

Police recovered four firearms, a jamming device, a hijacked vehicle and an ambulance used in the commission of the crime.

Masondo added that the team keeping close watch along the freeway spotted three vehicles, including a marked ambulance, following the truck on the R59 about 11am.

“Police intercepted the vehicles and the suspects responded by firing shots at the police which led to a shoot-out and high-speed chase. The ambulance came to a halt on the R59 and three suspects were apprehended with two firearms and a jammer. One more suspect was in a Mazda and was arrested. Police pursued the Mercedes-Benz and managed to apprehend four more suspects on the M2 East and recovered two firearms,” he said.

Masondo said preliminary investigation revealed that the Mercedes-Benz was hijacked in Moffatview in May this year.

He said this brings to 10 the number of suspected truck hijackers arrested in Gauteng in a space of two days following the arrest of two on Monday in Sedibeng. 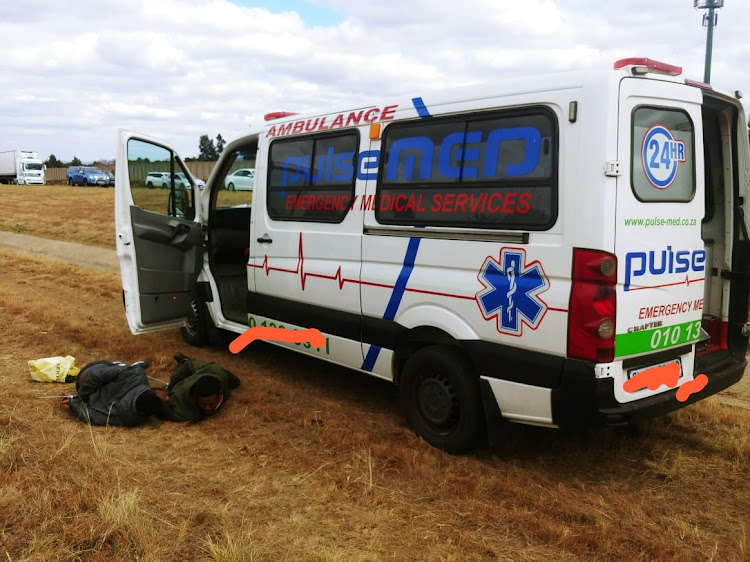 Police spokesperson, Captain Mavela Masondo said the team kept close observation along the freeway when they spotted three vehicles, including a marked ambulance, following the truck on the R59.
Image: Supplied:SAPS

Gauteng Provincial Commissioner has commended the team that acted diligently to curb the suspects that might be linked to various cases of courier vehicles and truck hijackings in the province, especially on the freeway.

''This is a breakthrough for us in Gauteng as we have been searching for suspects that are behind the hijacking of trucks in our province, especially after truck hijackings were one of the crimes which showed a rise as we were presenting the fourth quarter statistics two weeks ago," said the Gauteng provincial commissioner.

In a separate incident, police arrested three suspects and recovered two unlicensed firearms and stolen items after a furniture shop was robbed in Heidelberg on Tuesday morning.

Communicare, a non-profit organisation that manages social housing projects, expressed concern about an increase in hijackings of properties it owns.
News
11 months ago

More police officers, particularly from the flying squad, have been deployed to patrol the N4, R104 and R513 routes from 6pm to 6am, said community ...
News
11 months ago

Free State cops have arrested a police clerk and two other suspects for allegedly hijacking a truck, as well as for armed robbery and kidnapping.
News
11 months ago