Hijacking of buildings a cause for concern, says Communicare

28 people were arrested on Saturday night at Communicare's Bothasig property after a group of people invaded the property. File image.
Image: SUHAIB SALEM 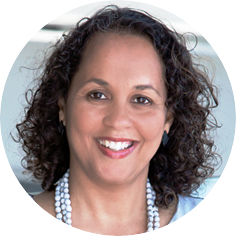 Communicare, a non-profit organisation that manages social housing projects, expressed concern about an increase in hijackings of properties it owns.

Communicare CEO Anthea Houston said 28 people were arrested on Saturday night at its Bothasig property after a group of people invaded the property.

Houston said there were currently 100 tenants at the property and Communicare is constructing 314 new apartments.

“We received a report that our guards were held at gunpoint.”

She said the invaders arrived at the Bothasig apartments in a minibus and other vehicles and occupied some apartments.

“Police responded quickly to apprehend them and 28 people were arrested over several hours.”

Those who were arrested will appear in the Goodwood magistrate’s court on Monday.

Houston said 17 apartments were damaged during the invasion and the company was saddled with the extra cost of repairs.

Houston said police in this case were certain about what to do following a court order evicting 40 building hijackers from Communicare units in Brooklyn, Milnerton, last week.

She said the judgment put to bed the idea that people can take occupation and that the Prevention of Illegal Eviction from and Unlawful Occupation of Land Act will apply to them.

Houston said this was an argument from those who had been hijacking the buildings. She said the judgment clarified this was trespassing.

“The ruling was clear about that and it helped to give the police direction. There is consensus about what the appropriate legal response should be.”

She said security costs at the hijacked Brooklyn apartments cost the company R3.5m for a property much smaller than the Bothasig apartments.

Houston said hijackings were a crisis.

She said for a small landlord with a small profit margin, the cost to guard a property against invasions is eaten up.

A Cape Town landlord with almost 3,400 homes on its books says it is being targeted by would-be building hijackers.
News
2 years ago

Johannesburg mayor Geoffrey Makhubo has committed that his administration will continue fighting land invasions and building hijackings which have ...
Politics
8 months ago

A hijacked property was handed over to its owner in Doornfontein, eastern Johannesburg, on Thursday and 40 suspects who were found at the property ...
News
1 year ago