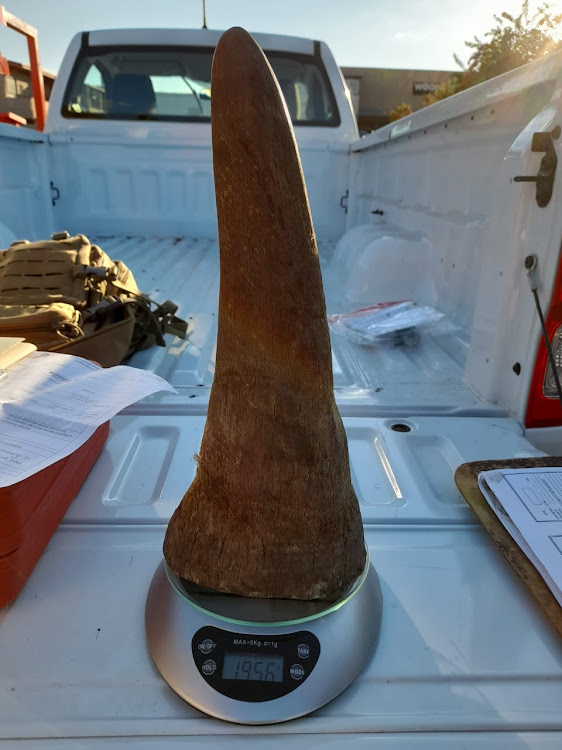 The Hawks have arrested two suspects for dealing in rhino horns.
Image: Hawks

The Hawks have swooped on two suspects for dealing in rhino horns worth R2.4m.

Hawks spokesperson Capt Tlangelani Rikhotso said the suspects, aged 72 and 31, were arrested in Vryburg on Thursday. They are set to appear in the Vryburg magistrate's court on Monday.

“The pair were arrested during a buy-and-bust operation where they allegedly attempted to sell rhino horns,” said Rikhotso.

“The suspects’ vehicle was searched and two rhino horns worth approximately R2.4m were found. Both rhino horns were seized for further investigation.”

Three rhino poaching suspects have been arrested in separate incidents in the past seven days in the Kruger National Park.
News
1 year ago

In fight against poaching, rhinos get a nuclear deterrent

On Thursday, Wits University nuclear scientists, along with rhino-conservation experts, launched the Rhisotope Project on an Eastern Cape game farm.
News
1 year ago

Truth will out: New Kruger staff set to be polygraphed in bid to stop rhino poaching

SANParks has wanted to do lie detector testing as a condition of employment since 2016, without success till now
News
1 year ago