Baby saved after being found in Durban beachfront dumpster 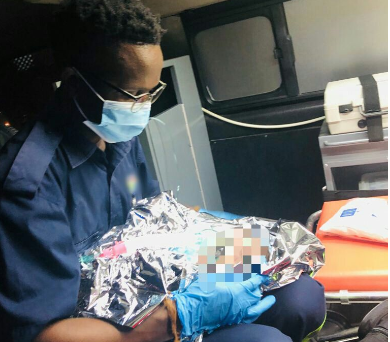 A newborn girl, with her umbilical cord still attached, was saved after a homeless man found her abandoned in a Durban dumpster in the early hours of Sunday.

Emer-G-Med paramedics said that metro police officers were called to the scene after the homeless man spotted the baby in the bin on Boscombe Place in Durban's South Beach area.

“Paramedics responded to the scene and found a newborn baby girl in the dustbin, still attached to her umbilical cord and placenta. She was treated and stabilised on scene before being taken to a nearby hospital for further care.

“She remains in a stable condition and good spirits,” Emer-G-Med said.

A 25-year-old woman who allegedly murdered her baby and initially lied to police, alleging the child had been kidnapped, is set to return to the ...
News
6 months ago

A young woman accused of brutally murdering her newborn baby will appear in the Malamulele magistrate's court on a murder charge, the police said on ...
News
6 months ago