POLL | Do you agree with cabinet’s decision to call in the army? 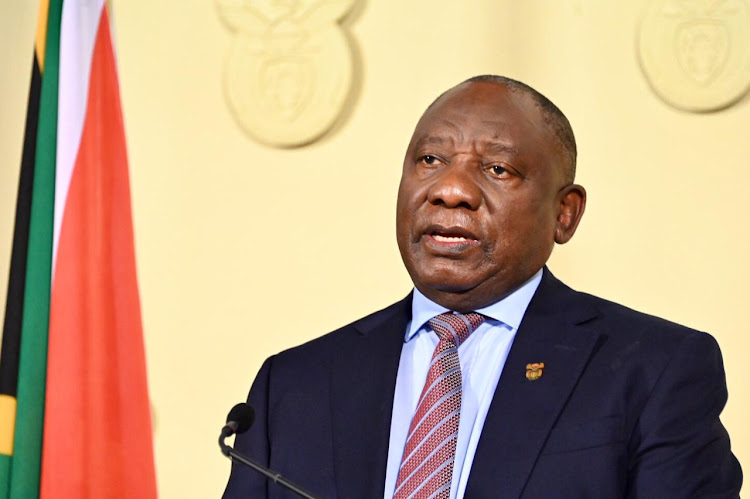 President Cyril Ramaphosa spoke about the violence in his address to the nation on Sunday. File photo.
Image: ELMOND JIYANE / GCIS

Opinions are divided over the cabinet's decision to deploy the SA National Defence Force (SANDF) to restore order, as protests and looting grip the country.

Violence broke out in Gauteng at the weekend after days of protests in KwaZulu-Natal linked to the incarceration of former president Jacob Zuma.

Kgothatso Madisa reported that insiders told TimesLIVE a decision to deploy the army was taken at a special cabinet meeting on Monday, with forces likely to be deployed by the end of the day.

The deployment was confirmed in a statement by the SANDF.

“The South African National Defence Force (SANDF) has commenced with pre-deployment processes and procedures in line with a request for assistance received from the National Joint Operational and Intelligence Structure (NatJoints) to assist law enforcement agencies deployed in Gauteng and KwaZulu-Natal provinces respectively, to quell the unrest that has gripped both provinces in the last few days.

“The deployment will commence as soon as all deployment processes are `in place,” it said, adding that the “duration and number of deploying soldiers will be determined based on the assessment of the situation on the ground by the relevant law enforcement agencies”.

Should President Ramaphosa call in the army to restore law and order?

On Sunday, NatJoints spokesperson Col Brenda Muridili said the police had arrested 62 suspects in the two provinces, including 18 suspects in Alexandra.

She said the police dispersed several groups over the weekend, including on the M2 freeway and in Bramley in Johannesburg, and others in KwaZulu-Natal.

Reports and video footage from Pietermaritzburg on Monday indicated that the Brookside Mall had been set on fire, suffering extensive damage, and violence erupted in the Durban city centre, Tongaat, Verulam, Amanzimtoti, Springfield and Overport on Sunday.

The entire N3 toll route, in both directions, from Harrismith in the Free State to Cedara in KwaZulu-Natal, was closed to traffic over the weekend.

Despite reports of law enforcement officials being overwhelmed, Durban mayor Mxolisi Kaunda says he is confident the police will quell the violent ...
News
10 months ago

Speaking on Sunday, President Cyril Ramaphosa said there was no justification for the violence and claimed “some of these acts of violence are based on ethnic mobilisation”. He said those found guilty would be arrested and prosecuted.

“Let us be clear, as a nation, that we will not tolerate acts of criminality. Those who are involved in acts of violence will be arrested and prosecuted. Those found guilty of breaking lockdown regulations will receive the stipulated penalties. This will be done without fear or favour.”

TimesLIVE reported that the Durban Chamber of Commerce and Industry called on Ramaphosa to declare a state of emergency and deploy the military to restore law and order.

“While we have noted the rapid response by law enforcement, we call for further deployment. We are calling on our president to declare our province a state of disaster and deploy the military to come and assist,” said chamber president Nigel Ward.

EFF leader Julius Malema was among those who called for proactive leadership in the face of the protests. He said deploying the army to quell the violence should not be “the first call”.

Protesters have blockaded roads and some were seen walking off with appliances and shopping trolleys filled to the brim.
News
10 months ago

We are building up, not shutting down, says Cyril as he extends level 4, slams violence

Bar a few exceptions, the country will remain locked down for another two weeks and criminals ‘will be prosecuted’
News
10 months ago