What you said: Thanks should be enough for military vets who want millions for fighting apartheid 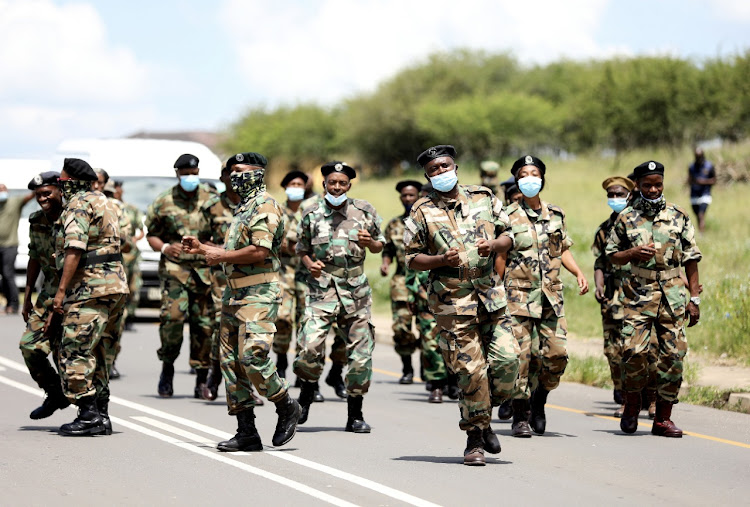 Many readers do not support a request by military veterans for R4m once-off each for their contribution to the struggle against apartheid.

TimesLIVE reported Makwetla was leading a department delegation meant to brief the sitting on the progress made by the presidential task team set up last year by President Cyril Ramaphosa after protests by the association.

“The presidential task team come to the determination that it was virtually impossible to accede to. However, the need for financial support for the upkeep of these military veterans, because many of them are without jobs, was appreciated,” he said.

TimesLIVE ran a poll last week asking readers whether they thought the military veterans should receive the payouts.

This is absurd, I mean the country is austerity and adversity, on top of that we are in debt we can never pay back 😢😭 https://t.co/1fWKYOLrZw

Not the veterans feeling entitled...I wonder how many of them think like this in government 🤔. https://t.co/gOvBylto2N

They’re mad these ones https://t.co/BWRr5g6iON

What type of “revolutionaries” think and believe that the revolution is or was about themselves. This is sad and the worst thing is that most didn’t do anything more than those who didn’t go to exile. These can’t be Revolutionaries! https://t.co/0C1tFocedO

The president of the now disbanded uMkhonto weSizwe Military Veterans Association (MKMVA) Kebby Maphatsoe was a soft man who died angry, his brother ...
Politics
11 months ago

Former president Jacob Zuma has been released from prison on medical parole.
Politics
11 months ago