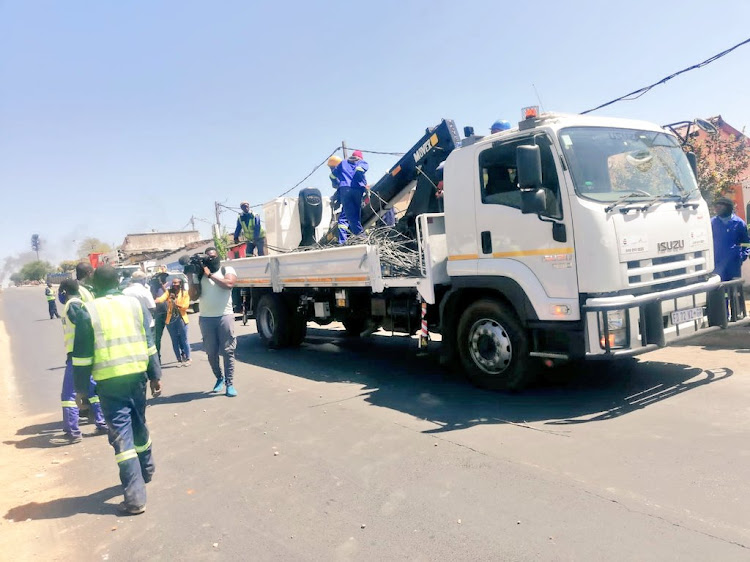 A protester was killed in Alexandra after an operation by City Power to cut off illegal connections on Tuesday.

City Power spokesperson Isaac Mangena said its crew had responded to complaints from residents about frequent outages in the areas due to overloading of the network, and the dangerous situation of electrocutions.

Protests started after the cut-off operations, with residents burning tyres along London Road between 13th Avenue and Alex Mall, he said.

A confrontation started between mall security and some protesters who wanted to force their way into the mall, said Mangena.

“A protester was shot and is reported to have died in hospital.

“We can confirm this incident happened long after City Power and its contractors left the area.”

Mangena said the operation, supported by Johannesburg metro police, focused on hotspots including Riverpark and informal settlements along London Road.

About 23 tonnes of aluminium and copper cables worth an estimated R27m were removed during the operation.

“Illegal connections pose the biggest challenge to reliable electricity supply in Johannesburg. Not only is it dangerous, but costs the city millions in lost revenue,” said Mangena.

In Alexandra there are several hotspots for illegal connections which are the cause of the frequent outages in the township, he said.

In Riverpark alone, Mangena said City Power has spent about R2.5m to replace burnt min- substations and pole-mounted transformers in the past six months.

Here's why there was no water in Tshwane: massive illegal connection discovered

A pipeline illegally supplying water to an informal settlement in the area was removed on Tuesday by the city's water and sanitation department.
News
1 month ago

Eskom employees were held hostage by the community of Morula View, Mabopane, in the north of Tshwane, before being safely evacuated by law ...
News
1 month ago

Durban households fined for illegal use of municipal services

Durban households have been slapped with fines of over R1,000 for illegally using municipal services as part of the city's clean-up operation.
News
1 month ago