Scientist says outbreaks in KZN and Eastern Cape were worrying 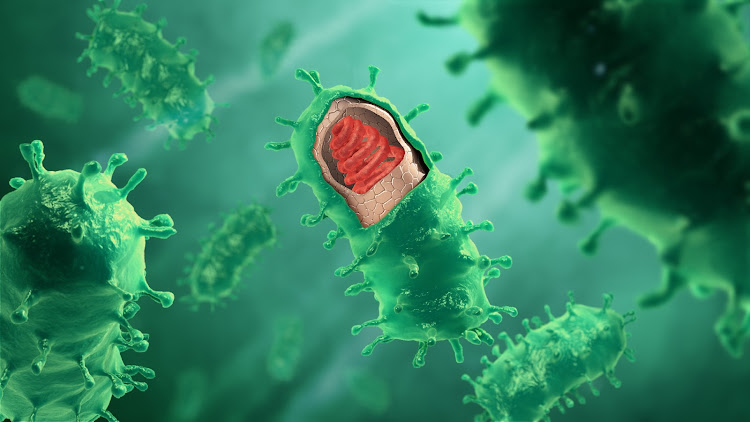 An illustration of the rabies virus structure.
Image: Wikimedia Commons

The Western Cape’s veterinary services department plans to inoculate 70,000 pets against rabies this year through an outreach programme across the province.

Announcing the programmes to coincide with World Rabies Day on Tuesday, the provincial agriculture department said veterinary officials would hold regular education days to inform farmers and animal owners on what signs to watch for and how to prevent animals becoming infected.

“We do so because we believe the health of animals is vital to safeguarding people’s health and preventing disease outbreaks or transmission,” the department said.

The outreach programme will focus on farms, smallholdings and communities without easy access to veterinary services, as well as in schools where pupils will learn about dog behaviour, how to prevent being bitten by dogs and how to stop their pets from being infected by rabies.

Vaccinate your pets: Western Cape residents urged to be on the lookout for rabies

Cape Town has reported its first rabies cases in 27 years.
News
3 months ago

According to the National Institute for Communicable Diseases (NICD), seven cases of human rabies had been confirmed by laboratory tests as of Aug. 23, with cases reported in Limpopo, KZN and the Eastern Cape.

Three probable cases of human rabies had also been identified from KZN but could not be confirmed by a lab.

“Most human rabies cases are associated with rabid dogs and hence our concern,” she said.

Weyer noted that the trends of rabies in dogs were directly related to the success of control programmes in dogs, with the result that the epidemiological curve of dog rabies cases rose and fell over time.

“Each rise can be drawn to some failure in the rabies control programme, whatever the root cause of that may have been,” she said.

Rabies occurs in almost every country in the world and affects all mammals, but particularly dogs.

The virus kills about 59,000 people a year, nearly half of whom are children. “Most of these agonising deaths occur in developing countries in Africa and Asia,” said Fiona Miles, SA director of global animal welfare organisation Four Paws.

The disease has been almost eradicated in wealthier countries which have higher vaccination rates and are able to treat suspected patients with post-exposure prophylaxis but the treatment is expensive.

Rabies cases cited in Mogale City, Gauteng — call for dogs to get jabs

Three humans have been treated after cases of rabies in jackals and a honey badger were reported in the west of Gauteng.
News
4 months ago

“The cost of this treatment is high and sometimes out of reach for those living in poorer communities,” said Miles.

Vaccination, however, is 100% effective.

The virus is transmitted in the saliva of an infected or host animal, normally by a bite, and enters the bloodstream where it multiplies and begins attacking the new host’s nervous system, spreading rapidly until it reaches the brain.

At this point, the host usually has a few days to live as it is too late to begin treatment. The last days are spent in confusion and madness, and there is frothing at the mouth.

One common symptom is hydrophobia, which is the result of later symptoms when the patent is unable to swallow.

With a 99% mortality rate once severe symptoms appear, only a handful of people have survived rabies.

With a 99% mortality rate once symptoms appear, only a handful of people have survived rabies after that point.

Under a treatment known as the Milwaukee Protocol, patients are placed into a medically induced coma and given antiviral medication to prevent the virus from shutting down the autonomous nervous system that regulates functioning of the heart, blood vessels, pupils, intestines, sweat glands and bladder.

The protocol saved the life of US teenager Jeanna Giese, who became infected after being bitten by a bat she picked up outside her church in 2004.

Giese spent 11 weeks in hospital and seven days in an induced coma, according to a report from Stanford University.

While Giese was the first known person to have survived rabies after the onset of symptoms, the protocol has had limited success, however, and has been sharply criticised by some medical practitioners due to its low success rate and ethical concerns.

Post-exposure treatment is almost 100% effective as long as the patient seeks help in time, said Miles.

“Millions of dogs, cats, and other animals die due to the disease with countless more culled due to fear of the virus,” she said.

According to the National Institute for Communicable Diseases (NICD) the pandemic may also have resulted in neglect of pet vaccinations too.
News
9 months ago

The proven method of controlling the virus is by vaccinating pets and livestock, and people such as vets and healthcare workers in rural areas.

“Vaccinations of animals, sterilisations to reduce animal numbers and public education are the only ways to prevent this disease,” said Miles.

“Three-quarters of emerging human infectious diseases come from animals and there is a direct link between animal welfare and increasing pandemic risk.”

The organisation was planning a vaccination drive close to Lionsrock, its big cat sanctuary near Bethlehem, in the Free State, after an increase in the number of local cases.

The first mention of rabies in history is from the pre-Mosaic Eshnunna Code of Mesopotamia, 2300BC, which said: “If a dog is mad and the authorities have brought the fact to the knowledge of its owner; if he does not keep it in, and it bites a man and causes his death, then the owner shall pay two-thirds of a mina of silver.”

The word “rabies” allegedly derives from the Sanskrit word “rabhas”, meaning “to do violence”, or from the Latin “rabere” which means “to rage”, according to historyofyesterday.com. 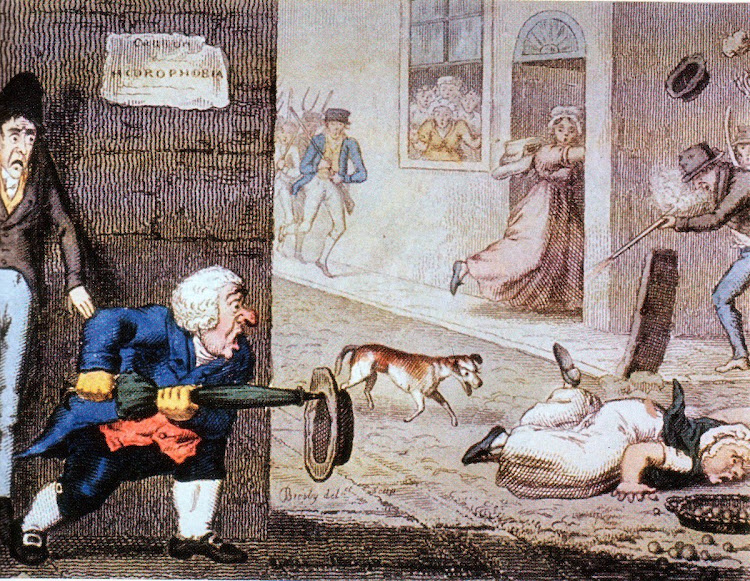 Vaccines have saved millions of lives for more than two centuries

Cows and other domestic animals in the Qumbu region of the Eastern Cape will be vaccinated against rabies from Wednesday after a cow bit the leg of a ...
News
10 months ago

Just three people have died of rabies in 2020, but Covid-19 blurs the picture

Rabies is suspected to have killed three children in SA so far this year, says the National Institute for Communicable Diseases.
News
1 year ago