Criminal record for duo who blocked road with burning tyres 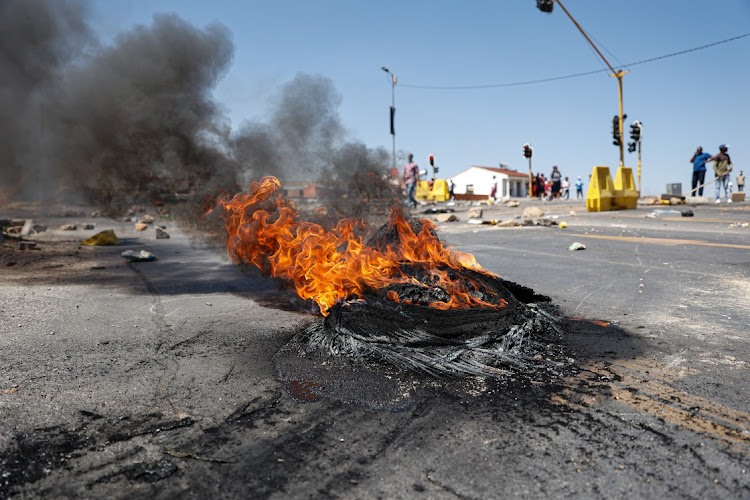 An electricity-related protest that saw community members blockade a road with burning tyres has culminated in convictions for two demonstrators.

Free State police said this sends out “a strong message warning community members to refrain from being involved or instigating public violence”.

The case relates to a midnight protest on January 1 at Zamdela, Sasolburg.

Mosiuwa Mosia, 51, and Thapelo Segalo, 25, were part of a larger group marching against a lack of services in their area, primarily a lack of electricity, said police spokesperson Capt Malebo Khosana.

They appeared before the Sasolburg magistrate’s court on October 15, facing charges of public violence and contravening the Road Traffic Management Act.

The duo were given a sentence of a fine amounting to R10,000 each or 24 months’ direct imprisonment, suspended for a period of five years on condition that they are not convicted of committing another public violence act during the suspension period.

“I plead with all community members to refrain from such public violence acts. It is unfortunate that only two suspects were arrested whereas there was a larger group involved. I plead with the community members to follow proper procedures for complaining or voicing their concerns on such lack of services rather than taking matters into their own hands,” said acting district commissioner Brig Mapulane Mbeloane.

A township in North West is an example of the plight of people being denied a basic human right: going to a decent toilet. It is one of many such ...
News
2 months ago