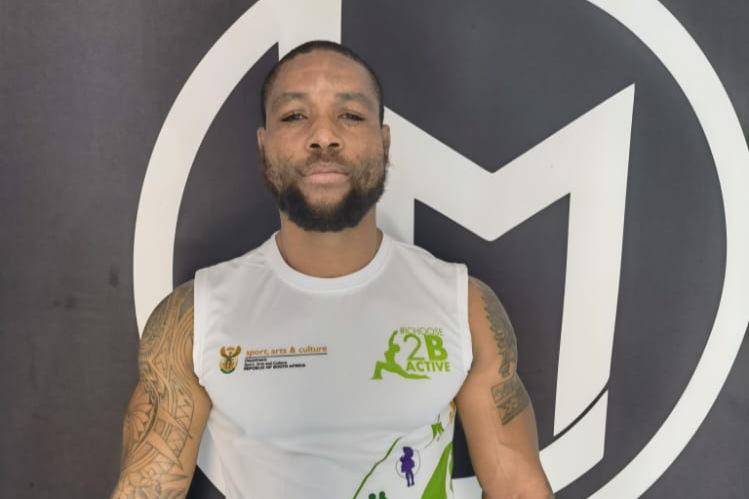 A fitness coach was shot dead in front of shocked clients during a training session being broadcast live from Saulsville in Tshwane.

Lawrence Masinge was shot at his house during the session at about 7pm on Wednesday.

Police spokesperson Lt-Col Mavela Masondo said on Thursday that the motive for the killing was not yet known.

Zazi Nsibanyoni-Mugambi, one of Masinge’s clients, and her sister were taking part in the training session when the shots were fired. 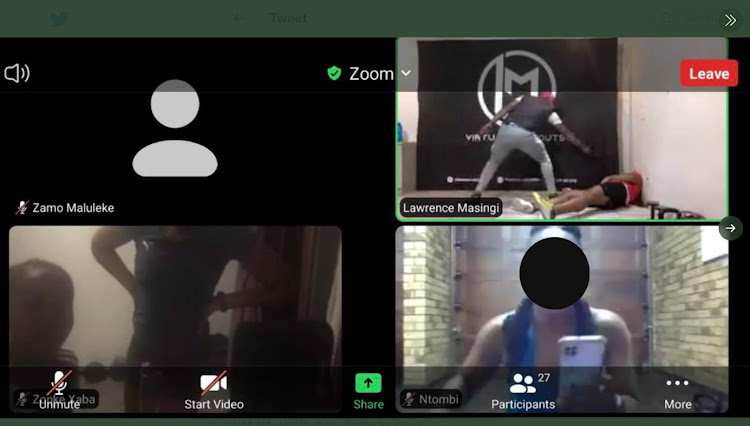 A screengrab depicting what clients saw during the shooting.
Image: Screengrab

“A guy walked in, shot him. People were working out and weren’t aware of what was going on. The guy came back and shot him two more times and ran,” she told TimesLIVE.

“Everyone literally watched a lifeless body, frantically trying to get help. This went on for [what felt] like 30 minutes.”

Masinge, she said, was well respected and had been doing well in his business.

“He had so many clients and he was growing. The person who shot him was well dressed.

She described Masinge as “contagious” and energetic.

Last night I witnessed the most horrific scene ever.. ... We were being trained by an amazing trainer Lawrence Masinge and he was brutally murdered live mid Zoom cardio session. I pray for his family to be comforted. We are robbed! 💔#justiceforlawrencemasinge

“He was taking over the fitness world. He was taking it to new heights. People didn’t see a need to sign up for a gym. There is no-one else like him.

“He has changed my fitness journey. He was an amazing human being. He just wanted people to do better.”

She said Lawrence had a huge impact on people’s lives.

Many who witnessed the incident needed trauma counselling, she added.

“Police are appealing to anyone who might have information that can help in the investigation or assist apprehend the suspects to please call the nearest police station or crime stop on 08600 10111. Information can also be given anonymously via MySAPS App that can be downloaded from any smartphone,” said Masondo.

A 38-year-old man was arrested after allegedly kidnapping and killing his ex-girlfriend's daughter in Potchefstroom on the day he was due in court to ...
News
2 months ago

The high court in Johannesburg on Tuesday heard evidence from a Hawks officer who analysed data on cellphones belonging to some of the six people ...
News
2 months ago

Police in Mpumalanga are investigating a case of murder after a boyfriend allegedly stabbed his 33-year-old girlfriend to death and died before her ...
News
2 months ago