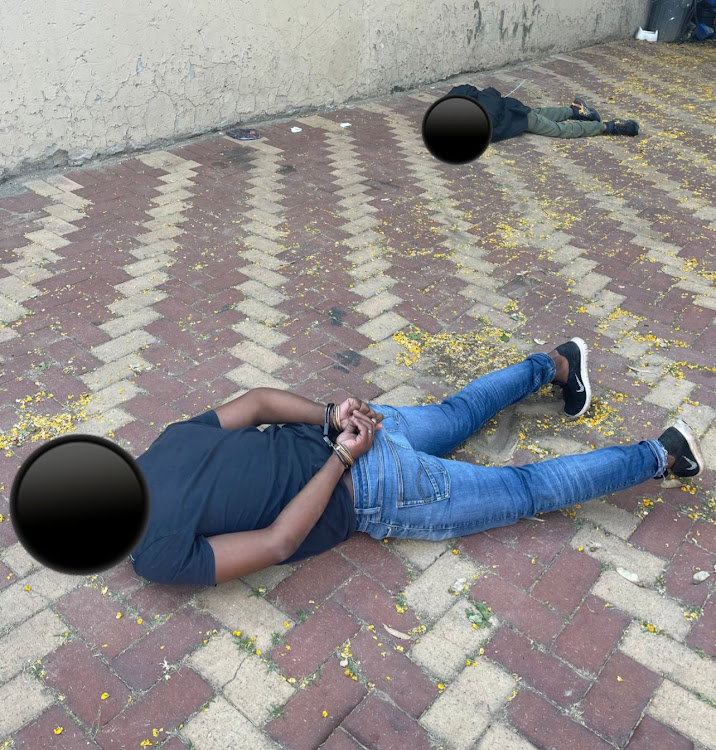 The Hawks arrested two suspects in connection with a spate of hijackings and house robberies in Gauteng.
Image: SAPS

Two suspects aged 33 and 46 were arrested in Lombardy East on Monday afternoon in connection with a string of armed robberies.

They will appear in the Johannesburg magistrate’s court soon.

“They proceeded to Lombardy East where the gang was spotted. Police intercepted them when they entered residential premises and they were immediately apprehended,” Mogale said.

Three firearms, housebreaking implements, gloves, balaclavas and a stolen television set and cellphones were found inside the Audi.

Mogale said the car had false registration plates and was stolen in Bramley earlier this year.

She said a Kia Picanto was found on the same premises. It also had false registration plates and it was stolen in Linden in June.

“Preliminary investigation has linked the suspects to a number of hijackings and armed robberies.”

The latest annual Whitaker Peace & Development Initiative (WPDI) violence survey, which was conducted among workers from crime hotspots in the ...
News
2 months ago

Gauteng police are working around the clock to hunt down a group of robbers after a cash in transit heist in Krugersdorp on the West Rand resulted in ...
News
2 months ago