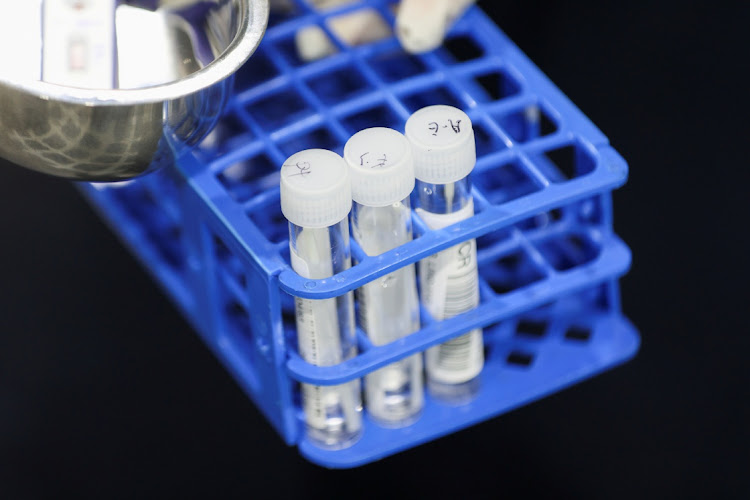 The NICD says it is unlikely PCR tests will not pick up the Omicron variant. File Photo
Image: REUTERS/Loren Elliott

As scientists and health experts continue to study the Omicron Covid-19 variant to understand its severity and how contagious it can be, preliminary data suggests rapid antigen tests should pick up the new variant.

According to the National Institute of Communicable Diseases (NICD), indications are the variant can be detected by polymerase chain reaction (PCR) tests.

The tests are used to determine if there is specific genetic material from the coronavirus present.

“A PCR test is a nucleic acid-based test, RNA in the case of Covid-19. The test uses a set of enzymes technologies to accurately detect Covid-19 specific genetic markers,” the Council for Scientific and Industrial Research (CSIR) told TimesLIVE.

The government requires a PCR test to be taken by those travelling into SA.

The NICD said the tests check for multiple targets in case there is a variant present.

“These PCR tests typically detect at least two different SARS-CoV-2 targets, which serve as a backup in the case of a mutation arising in one.

“Analysis of the mutations in the nucleocapsid (N gene) of B.1.1.529 viruses suggests rapid antigen tests should be unaffected. However, verification of this is under way,” it said.

The World Health Organisation (WHO) said the PCR tests can detect Omicron while studies into the variant’s affect on rapid antigen testing are ongoing.

“The widely used PCR tests continue to detect infection, including infection with Omicron, as we have seen with other variants as well. Studies are ongoing to determine whether there is any affect on other types of tests, including rapid antigen detection tests.”

Speaking to experts, Time Magazine explained how a PCR test can detect the variant.

It said a commercial test from Thermo Fisher Scientific, which is used in SA and was reportedly instrumental in early detection of Omicron in the country, looks for three different parts of the virus: two relatively stable areas, and a more variable spike protein.

“It turns out Omicron will show positive matches on the two more stable regions, a pattern similar to the one from the Alpha variant, but will show a mismatch on the spike protein portion,” it said.

“This happens to be good fortune that this pattern can flag the presence of Omicron. It’s a good early warning system,” Mark Stevenson, executive vice-president and chief operating officer at Thermo Fisher, told the publication.

Will there likely be more Covid-19 variants in the future?

The NICD has warned that more variants could develop wherever the coronavirus is present, and said vaccination is among the most powerful tool in ...
News
1 month ago

Covid-19 symptoms linked to the new Omicron variant are “extremely mild”. This is according to Dr Angelique Coetzee, who is chairperson of the SA ...
News
1 month ago

What are the risks during transportation to and from school?

As millions of children travel to and from schools across the country daily, the importance of social distancing, wearing masks and sanitising has ...
News
1 month ago