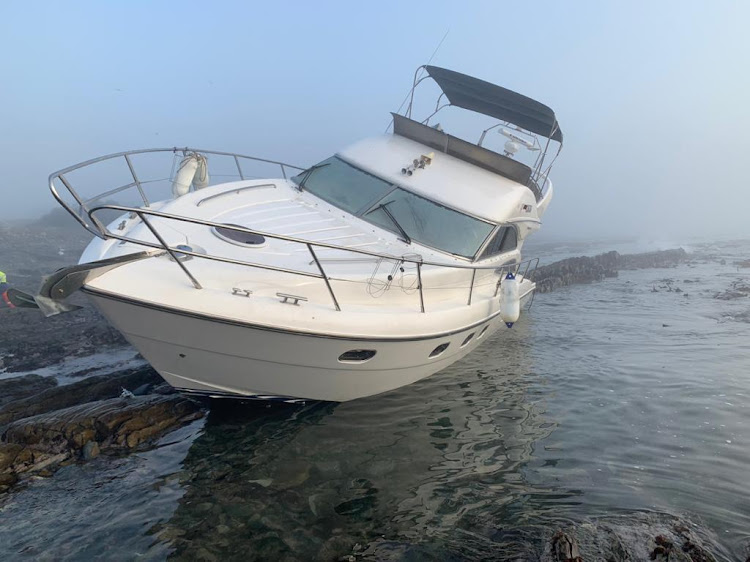 The NSRI were kept busy with boating accidents along the country's coastline during the Christmas week. File pic
Image: Supplied

Several boating accidents along SA’s coastline during the Christmas week prompted the National Sea Rescue Institute (NSRI) to appeal to boaters and paddlers to use its emergency app which allows operations teams to track and monitor people out at sea.

NSRI teams had their hand full with incidents throughout the week.

“When you log on and enter your intended journey plan, the NSRI emergency operations centre duty controllers can watch over your progress on a computer screen while you are on the water.

“When you face an emergency, pressing a button on the app tells the NSRI and the Maritime Rescue Coordination Centre you have an emergency situation and gives us your exact position.

“Rescue resources are dispatched directly to that position,” said the NSRI.

Andre Fraser, NSRI Mossel Bay station commander, said a Mpumalanga father and son had to be rescued on Christmas Eve when their inflatable boat capsized at Hartenbos Beach.

“On arrival at the scene members of the public at the beach were assisting to get the craft righted in shallow surf after the boat washed ashore.”

Fraser said the youngster was helped by lifeguards while his father was taken aboard a private boat.

Juan Pretorius, NSRI Port Alfred station commander, said Cape Town local Adam Neill swam to the rescue of a 50-year-old man and a 58-year-old woman, both from Pretoria, after their boat capsized a few kilometres from the Kowie River Mouth.

In a separate incident also near the Kowie River Mouth, three people, including two Germans, were seriously injured when their boat was hit by a wave.

“They were transferred onto our sea rescue craft, brought to our base and taken into the care of paramedics.”

A 21-year-old woman drowned in the Clanwilliam Dam in the Western Cape on Saturday.
News
7 months ago

A green sea turtle is on the road to recovery at uShaka Marine World, almost 150km away from where it was rescued at Umkhobi beach in Kent Bay on the ...
News
8 months ago

Two people drowned at a resort at Hartbeespoort Dam in the North West on Tuesday night, the National Sea Rescue Institute said.
News
8 months ago