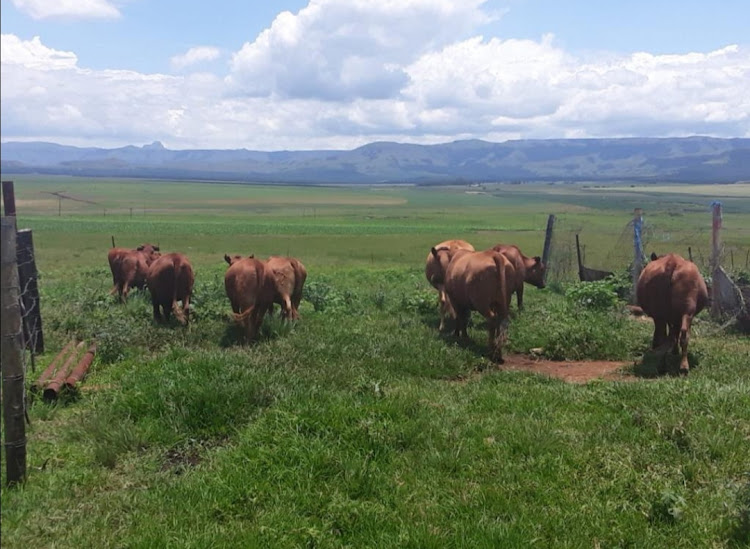 Fifteen Bonsmara cattle were stolen and found hidden on a farm near Newcastle.
Image: SAPS

Three men have been arrested in KwaZulu-Natal in connection with the theft of 15 Bonsmara cattle, a high-quality SA beef breed.

Police spokesperson Capt Nqobile Gwala said the cattle were found hidden on a farm in Normandien near Newcastle.

A police anti-stock theft task team, a private security company and local farmers teamed up to locate the stolen cattle on Saturday.

“The team proceeded to a farm in Normandien where 15 Bonsmara cattle were found hidden.

“The stolen cattle were identified by the owner.

“Three suspects, aged between 33 and 40, were arrested for stock theft. They are expected to appear in the Newcastle magistrate's court on Monday.”

According to Farmer's Weekly, a Bonsmara bull was sold for a record R1.8m in KwaZulu-Natal in 2018.

Nine suspects have been nabbed for illegal trade in a rare and slow-growing species of succulents.
News
2 weeks ago

Police have given a KwaZulu-Natal farmer an early Christmas gift after they recovered 34 of his stolen sheep this week.
News
1 month ago

Two cops based at Winterton police station in the KwaZulu-Natal Midlands were among four people arrested for stock theft on Monday.
News
1 month ago