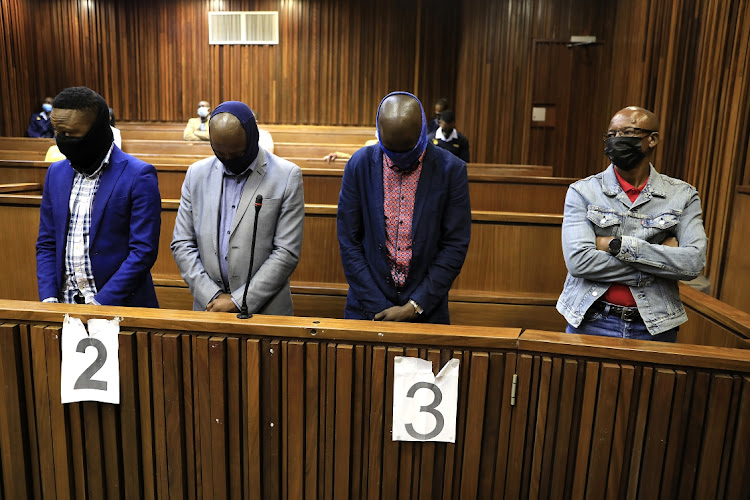 The trial of the four police officers accused of killing Mthokozisi Ntumba during a student protest last year has been postponed to Friday.

Judge Mawabo Malangeni postponed the matter to Friday after the court heard Benny Ndaba, lawyer for accused number three, was ill and could not make it to the proceedings.

On Thursday morning the court was expected to hear the evidence of Independent Police Investigative Directorate investigating  officer Judy Thwala.

She was expected to give testimony on the challenges she faced when she approached senior members in the police service to disclose the identities of the four officers attached to the Public Order Policing unit.

The defence was also scheduled to cross-examine security guard Mlungisi Hlela who works at the Johannesburg Institute of Engineering and Technology, a college adjacent to MyClinic Healthcare in Braamfontein, who was on duty the day Ntumba was shot after finishing his doctor’s appointment at the centre.

Officers Tshepiso Kekana, 27, Cidraas Motseothatha, 43, Madimetja Legodi, 37, and Victor Mohammed, 51, were arrested for his death and face charges of murder and three counts of attempted murder. They have pleaded not guilty.

The state is expected to hear evidence from 19 witnesses ranging from police, security guards, students and staff at the clinic.

Mthokozisi Ntumba had gone to see a doctor in Braamfontein, Johannesburg, for treatment for a stomach ache on the day he was allegedly shot dead by ...
News
5 months ago

One of the four police officers accused of murdering Mthokozisi Ntumba stormed the Johannesburg Institute of Engineering and Technology and dragged ...
News
5 months ago

A Braamfontein doctor has detailed the last moments of Mthokozisi Ntumba’s life, saying he gasped for air.
Video & Podcasts
5 months ago