Cape Flats plant thought to be extinct returns to Cape Town, this time likely to be fire resistant 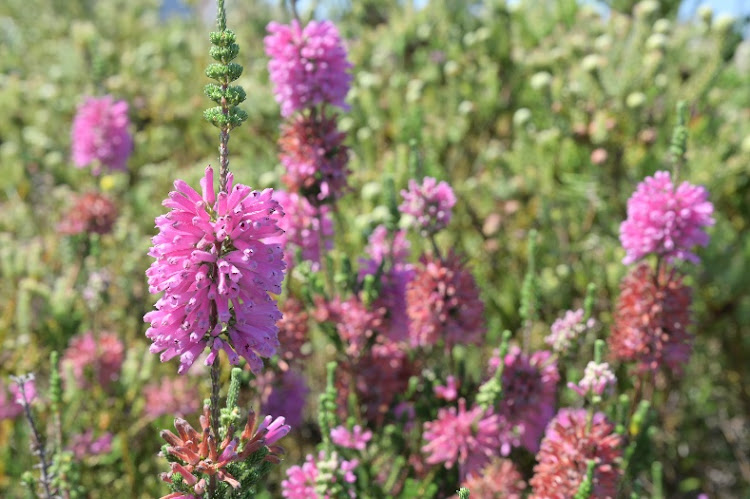 The once extinct Erica verticillata is likely to have evolved to dampen fires in order to protect its ripe seed capsules.
Image: Supplied

A Cape Flats plant thought to have been extinct for two centuries is home again ... and surprising botanists.

The plant, Erica verticillata, which used to be found only in Cape Town, was discovered in a Pretoria park and returned to Cape Town.

On Friday, the City of Cape Town said it is likely the plant has evolved to protect its seeds from fire.

“Erica verticillata once grew as a narrow-range endemic, restricted to the southern edges of the Cape Flats sand fynbos in Cape Town,” the city said in a statement.

“However, the remaining percentage of its host vegetation type was below the required levels of conservation, placing the species in a perilous state.

“It subsequently succumbed to the combined pressures of urban development, small-scale farming, draining of wetlands, alien vegetation invasion and extensive picking by flower sellers owing to its summer-flowering pattern when little else flowers on the Cape Flats. By 1950, this plant was extinct.” 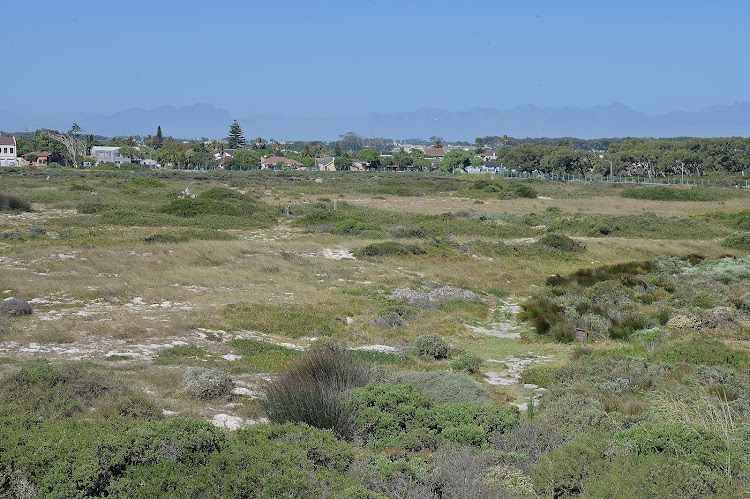 The area where Erica verticillata was reintroduced.
Image: Supplied

The city said five plants were discovered across the world in the late 1980s and the 1990s, “the most remarkable being the material in the Belvedere Palace Garden in Austria, grown from cuttings taken from the Cape in 1792/93 and between 1997 and 2003”, the statement said.

“The cuttings from the five collections were reintroduced to Rondevlei, where they thrived and produced a viable seed.

“Since then, two other populations have been established in natural Cape Flats sand fynbos habitat at the Kenilworth racecourse and the Tokai section of the Table Mountain National Park.”

The city said March 2013 was significant in the history of restoring Erica verticillata when the first ecological burn was put through the population at Rondevlei.

“This was a first step in re-establishing a wild population and downgrading the species to critically endangered. Three generations of plant are needed to achieve this,” the statement reads.

“Thus, it was with eager anticipation that officials from the biodiversity management branch set fire to approximately 150 of these plants. It was expected that the fire would race through the 2ha population, since the vegetation was tinder-dry and a good 15km/h northerly wind was fanning the flames.”

Officials stood ready with cameras as the flames engulfed the first plant.

“There was a burst of flames as the leaves torched up the tall bush and then, most unexpectedly, the fire passed on, leaving behind a dead plant skeleton.

“The officials thought that the first plant was an anomaly and keenly watched the next bush. The same thing happened: after a brief burst of burning leaves, the fire died down. What was more fascinating was that even the old dry twigs were not burning. This is not synonymous with fynbos fire behaviour in the dry fire season.”

This behaviour was not anticipated. But according to the city, “it is possible that the plant had evolved to dampen fires in order to protect its ripe seed capsules, thereby optimising post-fire seed dispersal”.

The statement added: “This plant is revealed as a master of its fire-prone landscape where it has managed to live in the midst of highly combustible neighbours who like their fires hot and furious, while taming these same flames to provide a cool fire environment for its fine seeds.

“Now we wait in anticipation for the next two fire cycles so that we can say with confidence that the exquisite Erica verticillata is no longer extinct.

“Until then Erica verticillata will remain considered ‘extinct in the wild’ until it has regenerated naturally and proved to be self-sustaining.”

Stellenbosch scientists unearth seeds of destruction in decline of pollinators

About 175,000 plant species are at risk, but their longevity provides a window to restore pollinators before extinctions occur
News
9 months ago

Deputy mayor and mayoral committee member for spatial planning and environment Eddie Andrews said the story of the plant fascinated him.

“There is no better designer than nature and this plant is an inspiration,” said Andrews.

“Though removed from its natural habitat for two centuries, the plant is making a remarkable comeback from extinction. Twenty-one seedlings, the first generation of Cape Flats Erica, are set in the wild.

“I will, with the help of the officials, watch with admiration the progress of this wonderful plant. I want to encourage members of the public to visit our nature reserves to enjoy nature and get an opportunity to meet our Erica verticillata.”

The Western Cape has already spent more than R10m fighting wildfires during the current fire season, the province reported on Thursday.
News
6 months ago

The government and private landowners are getting involved in efforts to conserve the unique habitat and species of the Hex River mountains, a ...
Opinion & Analysis
7 months ago

Hunting for flora on the Grootbos flower safari