Half of men who pay for sex may be HIV-positive: study 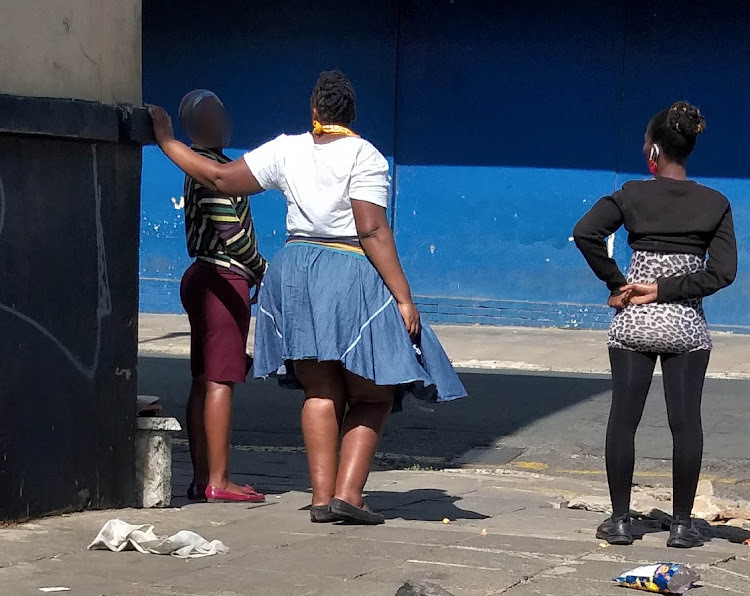 A new study by Canadian researchers suggests men who pay for sex should be prioritised in HIV prevention programmes due to the HIV risk they pose to their partners and sex workers. File photo.
Image: ANTONIO MUCHAVE

Paying for sex is prevalent among African men with 1 in 10 of them using the services of sex workers, suggests new research.

Researchers from the University of Montreal in Canada and Imperial College London also found that men who pay for sex are 50% more likely to be HIV-positive compared to men who don’t.

Researchers raised concerns about this group of men saying despite their vulnerability to HIV, male clients of sex workers are not formally recognised as a key population (a group of people with high risk behaviours that increases their risk of HIV) and are not prioritised for HIV prevention. This not only exposes their partners to HIV transmission, but their clients too.

Not only should this group of men be considered for HIV prevention, researchers also argue that extra efforts should be taken to accurately establish the population size of African men who pay for sex.

Compared to those who never paid for sex, men who paid for sex had more than double the number of partners, despite higher HIV-testing.

The examination of data from 87 population-based surveys from Africa between 2000 and 2020 also revealed that among men who reported paying for sex in the past year, only 62% used a condom the last time.

More men in Southern Africa  — 76% — used condoms, compared to only 55% in East Africa. Condom use increased over time from only 60% in 2010 to about 76% in 2020. HIV prevalence among men who paid for sex was 5.1%, but this varied greatly across regions and was highest in Southern Africa and lowest in Central and West Africa.

Sex workers are facing abuse, violence and other forms of exploitation which may be economic and gender-based violence (GBV) in nature.
News
8 months ago

Writing in PLOS One, lead researcher and epidemiologist Dr Mathieu Maheu-Giroux, blamed the failure to recognise the clients of sex workers as a key population on UNAids’ lack of perceived structural vulnerabilities. He warned that neglecting this population “places the responsibility to prevent HIV transmission solely on sex workers”. While developing appropriate interventions for clients of sex workers can be challenging, it required an understanding of sexual behaviours, HIV epidemiology, and uptake of HIV prevention interventions of this group.

“As with other key populations, clients of sex workers are hard to reach, and there can be wide variations in the definition of sex work. Nationally representative population-based surveys that collect information on paid sex may provide a promising alternative for characterising men who pay for sex.”

“As men who pay for sex often also have female partners not involved in sex work, they may disproportionally contribute to population-level HIV transmission if virally unsuppressed. Condom use initiatives and improved access to HIV testing campaigns are required to prevent HIV transmission from clients to sex workers and to their other sexual partners,” the researchers noted.

Domestic victory: SA amends Domestic Violence Act. This is what it means

From 'narcissists' to sex work and Bushiri: Six other times Naledi Chirwa got tongues wagging

Here's a look at six other times EFF MP Naledi Chirwa's comments sparked debate on the TL.
Politics
6 months ago