Union vows to target companies who don't abide by agreement 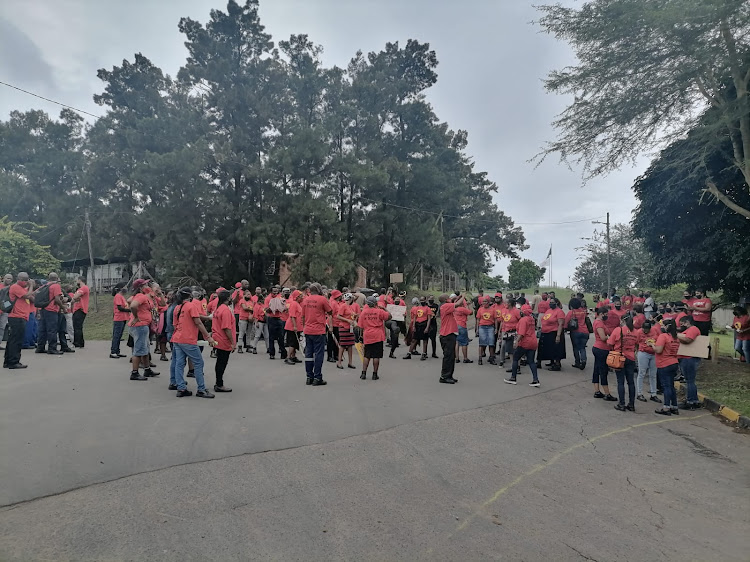 The National Union of Metal Workers of SA (Numsa) has vowed to intensify the strike against companies that refuse to implement the wage agreement they entered into with the Steel and Engineering Industries Federation of SA (Seifsa) last year.

This as they were picketing with Jasco Electrical Manufacturers workers outside the company plant in Pinetown on Wednesday.

Workers are seeking a 6% salary increment as well as bonuses as per the deal that Numsa entered into with Seifsa after a 13-day strike in October last year.

In a strike that reportedly cost the sector more than R600m,  according to Seifsa CEO Lucio Trentini, it was agreed that the increment would come with back pay dating back to July.

However, Numsa say the company is refusing to abide by the agreement.

“This strike is as a result of the employer having undermined the national wage agreement signed at the bargaining council level last year. The company has been refusing to implement the agreement so the priority right now is the 6% salary increment and the bonuses,” said Mbuso Ngubane, Numsa regional secretary in KZN.

Ngubane said they had been negotiating with Jasco for about four months after the company allegedly refused to pay bonuses.

Emmanuel Mnyandu, a Jasco employee and shop steward, said: “The employer is attempting different tactics. At the start of our negotiations he said he was not part of the agreement between Seifsa and Numsa. So when we negotiated at the plant level, he said he doesn't have money. We thought he would come back to us with a way forward as to how he will implement the increase and our bonuses, only to find out he is fighting by all means to make sure that we don't get them.

So we went to the MEIBC (Metal and Engineering Industries Bargaining Council) with him trying to talk to him but we arrived at a deadlock.”

Mnyandu said aside from the two demands, they also feel aggrieved that the employer decided to change their pay date from weekly to fortnightly.

Ngubane said the company has applied for an interdict to stop the strike but they are optimistic the court will rule in their favour because they have witnesses who will oppose their point of contention.

“They are trying to say they are not bound by the agreement because the actual work that they do does not fall under the metal industry. They are saying that 70% of their work is manufacturing plastic, which we will argue against because they are lying. There are workers here who can testify that the bigger percentage of their work is metal. That is the bone of contention tomorrow in court.”

He said they understand there are employer associations that are choosing not to be party to that agreement.

“So though we are still pushing for the extension to non-parties in terms of the gazetting of that agreement there is nothing stopping us as a trade union from directly targeting specific companies to make sure that they pay increases and bonuses to our members.”

Ngubane warned that they will be targeting other companies throughout KZN who refuse to implement the agreement and they will make an example out of Jasco.

“Jasco is just the beginning, you are going to see similar actions throughout the province because we have employers who are so intransigent that they seem to be trying to destroy what we call 'centralised bargaining'. They want to dismantle bargaining councils so that they exploit our members.”

The manufacturing company confirmed to TimesLIVE that they have applied for a court interdict against the strike, which will be before the Durban labour court on Thursday.

They said they would not comment further until after the court proceedings.

Engineering union Numsa has rejected a new wage offer as a national strike that has already hit output at car maker BMW enters its second week on ...
Business Times
10 months ago

The National Union of Metalworkers of South Africa has agreed to a new three-year wage deal for steelworkers, bringing an end to a strike that’s ...
News
9 months ago