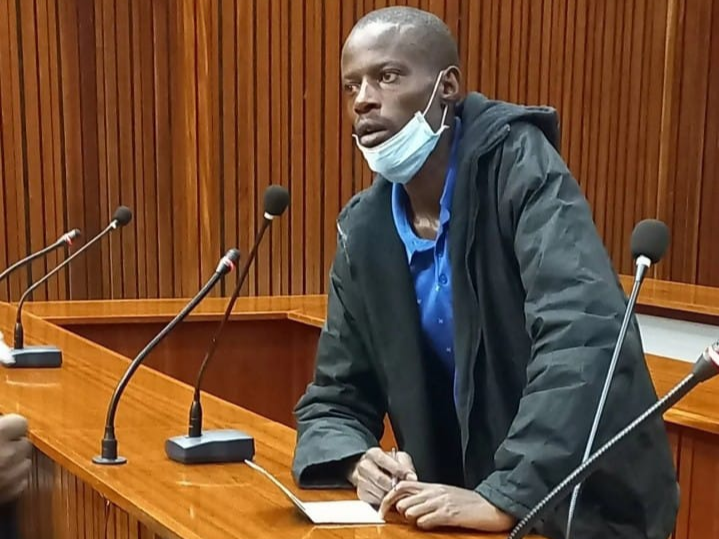 A “trusted gardener” was on Thursday sentenced to life behind bars for the 2014 rape and murder of Briton Christine Robinson at Rra-Ditau Lodge in Thabazimbi, Limpopo.

Judge Marisa Naudé-Odendaal said the attack was heinous and brutal.

Robinson's niece, Lehanne Sergison, who lives in London, said in July 2014 a friend called her with the news that her aunt, a retired teacher who settled in SA and ran the lodge alone after the death of her husband, had been murdered.

“It is my understanding that she was late for a meeting on the Wednesday and one of the members of staff went to her house to remind her and found her in her bedroom wrapped in a duvet in a pool of blood. It was evident that she had been raped and stabbed in the neck,” she said.

‘I told him he had sexy eyes,’ says woman who set honey trap for aunt's alleged killer

Former gardener appears in court in Polokwane on charges of murder and rape.
News
3 months ago

Sergison had expected a quick arrest as Imbayarwo, who had called himself Andrew Ndlovu at the time, was the only suspect. But she was forced to take matters into her own hands because the authorities said Imbayarwo had left SA immediately after the murder.

Sergison tracked him down via Facebook and set a honeytrap to catch him. After a failed attempt, she was finally able to track Imbayarwo years later.

With the help of Ian Cameron of Action Society, Sergison was able to lead police to Imbayarwo in 2020.

Sergison was unable to comment on the sentence on Thursday as she was in a London hospital. However, Cameron welcomed the sentence.

“We wouldn’t have expected anything less than two life sentences. He will be quite a bit older when he gets out of jail. The fact that he has been denied leave to appeal is fantastic because it makes the chances of him getting out before serving his entire sentence very small,” he said.

Limpopo police are hunting for suspects who attacked a 74-year-old farmer and his wife and set their home alight – leaving the couple burnt beyond ...
News
3 months ago

Seven people appeared in the Randburg magistrate’s court on Tuesday, accused of murdering Zimbabwean Elvis Nyathi in Diepsloot on April 7.
News
3 months ago

Heavily pregnant Nomsa Mudau told the court she was due to give birth later this month.
News
3 months ago