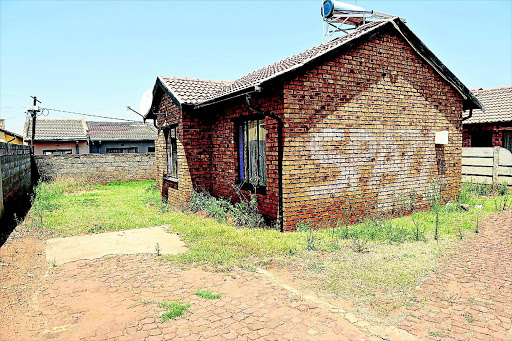 The seven people inside the Vosloorus home where footballer Senzo Meyiwa was fatally shot were sequestered in a spare bedroom while police combed for clues, the high court in Pretoria heard on Tuesday.

Sgt Thabo Mosia, a police officer who collected a bullet fragment and took swabs for DNA tests, said the crime scene had been cordoned off by a brigadier by the time he had arrived.

He said there were three women, two men and two children inside the house. He said he recognised Kelly Khumalo, a well-known singer who had been dating Meyiwa.

“On my arrival at the scene they were in the sitting room and I had to ask everyone to use bedroom 2.”

Mosia said they were all confined to the bedroom during the investigations.

He told the court he had made arrangements with the brigadier to ensure the scene remained preserved after he had left the property.

Mosia told the court when he returned in the morning, the crime scene tape was intact.

“I think the scene was being protected,” he said.

Meyiwa died on October 26 2014 when two people entered the house armed with a firearm and knife at about 8pm. They demanded money and cellphones. A scuffle ensued and, according to the indictment, three shots were fired. One bullet struck Meyiwa in the chest.

Khumalo, her mother Ntombi, sister Zandi, Zandi’s boyfriend Longwe Twala and Meyiwa’s friends Mthokozisi Twala and Tumelo Madlala were at the property during the attack. Kelly’s two children — one aged four years and the other, of whom Meyiwa was the father, seven months — were also present.

They all pleaded not guilty last Friday.

On Monday Advocate Maselela Teffo, the lawyer for the third accused in the Senzo Meyiwa murder trial, Mthobisi Prince Mncube, alleged Mncube had been ...
News
3 months ago

The third accused in the Senzo Meyiwa murder trial, Mthobisi Prince Mncube, will remain at the Kgosi Mampuru Correctional Facility after several ...
News
3 months ago