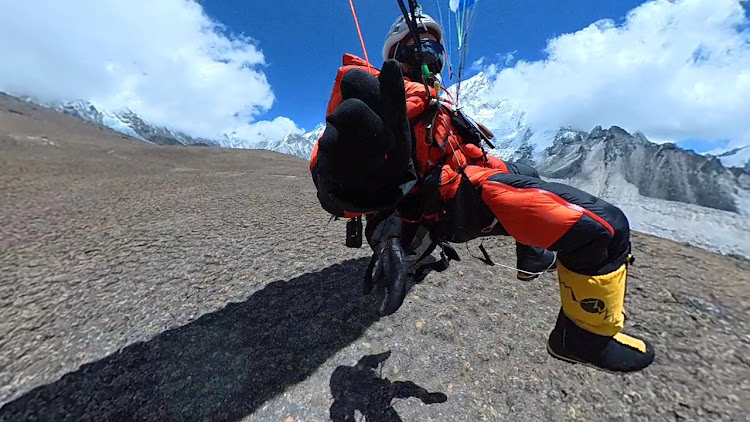 Johannesburg paraglider and climber Pierre Carter became the first person to legally fly off Mount Everest in Nepal this week and the second solo pilot ever to do this.

An extreme adventurer who has flown off the highest peaks on five continents so far — and hopes to fly off all Seven Summits — Carter took off from Everest’s South Col (7,950m) on Sunday and landed safely 20 minutes later at Gorak Shep village, below base camp.

“I’m feeling ecstatic,” said 55-year-old Carter, who was able to talk for the first time on Tuesday evening while hiking down to sleep at a village much lower on the trail. 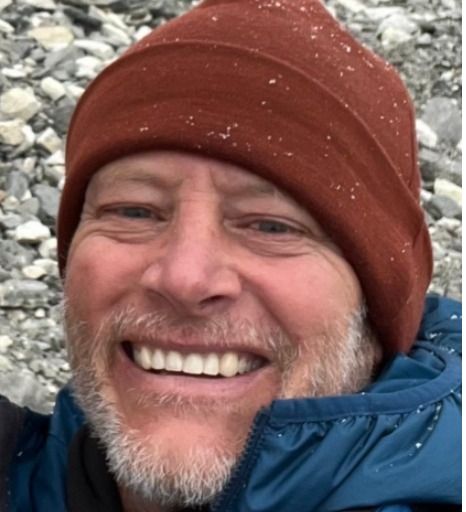 He had a narrow weather window in which he could fly on Sunday, forcing him to choose between whether to go the top of Everest (8,849m) with the rest of his team, or to take the gap and get airborne, making history.

“I had to choose because the wind was picking up and the weather was closing in,” said Carter.

He nearly passed out after launching off the snowy South Col at about noon from the exertion of running for about 30m to get airborne. At nearly 8,000m the level of oxygen in the air is roughly a third of that at sea level.

Three parties have flown off Everest before him, one solo pilot from France and two tandem teams — one of them from Nepal — but none of those flights were authorised by the Nepalese government.

“The authorities would only let us take off from 8,000m and no higher, hence the South Col,” Carter said.

Asian Trekking MD Dawa Steven Sherpa succeeded in getting him a permit to do the flight.

Carter has exceptional flying experience since he started the sport 34 years ago, having competed in events including world championships and the elite Red Bull X-Alps flying and running competition across the Alps in Europe.

In 2005 Carter did his first flight in pursuit of his Seven Summits, Seven Flights dream off Mount Elbrus in Russia, Europe’s highest peak.

When he climbed Denali in 2017, his glider was confiscated and it may prove impossible to get permission to do the flight in Alaska.

“I can’t wait to go to Antarctica to climb Mount Vinson,” said Carter, which could be as soon as this December.

Saray Khumalo was the first black African woman to summit Mount Everest in a feat that took her four attempts. Many would have called it quits, but ...
Books
1 month ago

Nepal is putting a 21st-century spin on a tourism sector dominated by activities unchanged for generations as it looks to boost a vital part of an ...
News
1 month ago

Come sunshine or snow, the Sani Pass is a natural high

Whether you've got 24, 48, or 72 hours to spend there, the Roof of Africa makes for an affordable and thrilling getaway
Lifestyle
4 months ago