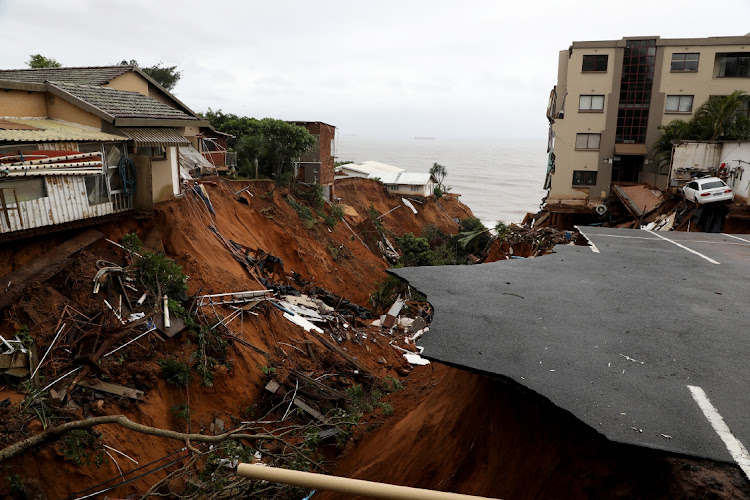 The SA Revenue Service (Sars) and the department of trade, industry and competition (DTIC) said on Wednesday they had joined forces to donate tons of seized clothing, blankets and footwear to flood victims in KwaZulu-Natal, the Eastern Cape, the North West and the Free State.

The initiative, named Project Sizani (meaning "we all help"), took shape after the declaration of a state of disaster by President Cyril Ramaphosa in response to heavy rains and flooding in these provinces.

Sars said it conceived the idea to make the seized clothing, blankets and footwear available for relief efforts.

The seized goods are strictly regulated by the Customs Act, administered by Sars, and the Counterfeit Goods Act, administered by the DTIC, as well as a 2009 and 2020 National Economic Development and Labour Council (Nedlac) agreement, which stipulates that such goods must be destroyed to avoid disruption to the SA market.

“It is important to note that Sars, by itself, is not in a position to conduct an operation of this magnitude from a legislative or operational perspective. A raft of engagements and approvals by various key government and other external stakeholders, as well as their direct involvement, were required to make it happen,” Sars said.

eThekwini mayor Mxolisi Kaunda said rapid population growth in rural areas over the past few years has led to increased demand for water, ...
News
2 months ago

The tax authority said this included a “one-off deviation” from the Nedlac agreement, as agreed upon during a meeting with stakeholders in the clothing, textile, footwear and leather (CTFL) industry to enable the donation of specific CTFL goods that have been seized and forfeited to Sars to the victims of the April flooding.

Sars said the execution of the operation was led by a governance task team established for the purpose. The team is responsible for overseeing the process and ensuring the donated goods are accounted for.

Sars said distribution is strictly monitored through a close working relationship with the department of social development and with shelters housing people.

Sars said provincial departments of co-operative governance and traditional affairs, through their disaster management structures, played a key role in preparations for the donations process. The South African Association of Ship Operators and Agents assisted with the transport of containers to a warehouse in Durban, from where distribution takes place.

Sars said due to the critical need for blankets in eThekwini, the rollout of a pilot programme for the donations started last week in KwaZulu-Natal. During the seven-day pilot, about 1,612 blankets were donated to specific flood victims at shelters in eThekwini.

“In total 35,806 seized blankets/duvets are earmarked for distribution across the affected disaster areas in the country.”

Sars commissioner Edward Kieswetter thanked all government departments that collaborated to deliver such a sizeable contribution to help flood victims.

“We hope and trust that this gesture of goodwill will go a long way in mitigating suffering that was brought about by this natural calamity. The blankets, especially now during winter, will a make difference to all.”

The recent floods and devastation have affected sales, but estate agents are confident the area will rise again
News
2 months ago

The flood-damaged R102 in Compensation, between Tongaat and Ballito in KwaZulu-Natal, has claimed another vehicle.
News
2 months ago

'Even in the midst of a crisis, transparency and accountability must not be ignored'

As KwaZulu-Natal and the Eastern Cape begin to reprioritise their budgets to respond to the deadly floods as instructed by the National Treasury, ...
Politics
2 months ago