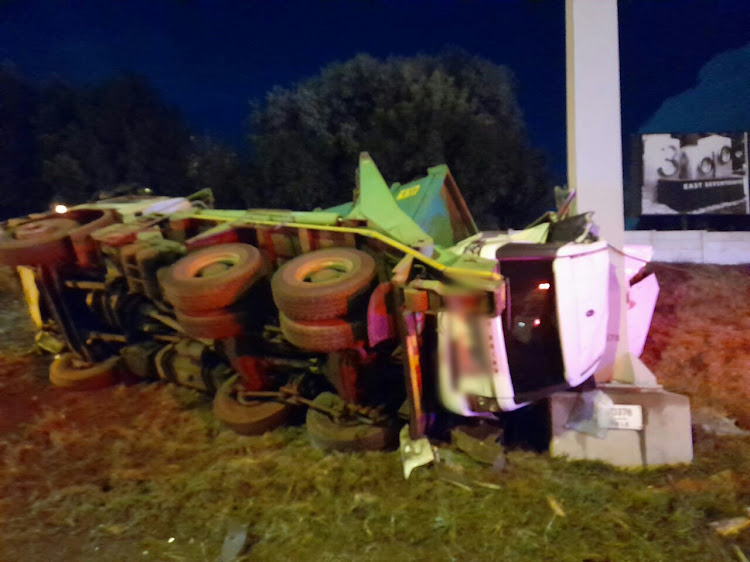 A motorist died after an articulated vehicle and a SUV collided.
Image: Emer-G-Med

A motorist was killed in a collision between an SUV and a heavy duty vehicle in the early hours on Wednesday on the N1 northbound near the John Vorster off-ramp in Centurion.

Emer-G-Med said the 2am crash caused the articulated vehicle and SUV to leave the roadway, overturning before crashing into a steel support structure.

The driver of the SUV was found to have sustained fatal injuries and was declared dead by paramedics. The passenger suffered minor injuries.

Three killed in horror crash after stopping to change a tyre

It is believed while three men were changing a flat tyre, a truck collided into the vehicle.
News
2 months ago

Minister of transport Fikile Mbalula on Sunday visited the scene of a horror head-on collision between a bus and a truck in Tshwane that left 15 ...
News
2 months ago

Four people in a sedan were burnt beyond recognition on Saturday morning in a vehicle pile-up on the N12 near Witbank in Mpumalanga.
News
2 months ago