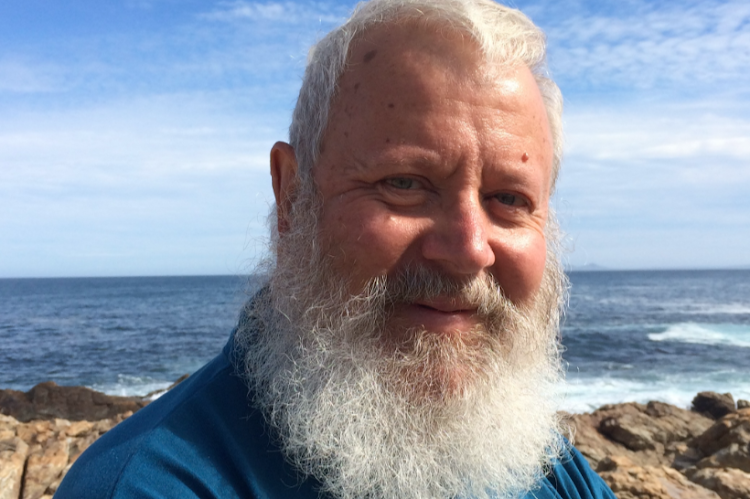 Barry Ronge, former arts editor of the Sunday Times, passed away peacefully at the age of 74 in the arms of his life partner, Albertus van Dyk, on July 3.

He retired from public life in 2014 and spent the last few years in seclusion in his beloved garden sanctuary in Johannesburg.

A well-known and highly respected media personality, journalist, broadcaster and raconteur, he was one of the country's most widely read columnists. Spit ‘n Polish was published in what was then the Sunday Times magazine and, as he wrote in his final column on February 23 2014: “For the last 27 years I have been spitting and polishing ... I’m not tired of it, or bored with it. It has been a good companion, and it has given me an opportunity to observe South Africans, in the cities and the suburbs, radiating true Rainbow Nation spirit.”

The following year, in 2015, the Sunday Times renamed its prize for SA literature the Barry Ronge Fiction Prize. That prize, along with its non-fiction one, is no longer named after a person. He was also known for his movie reviews in the Sunday Times, and his Sunday morning show on Radio 702 from 1989 to 2014 where he provided insight into all aspects of SA culture. Ronge was born in Hillbrow, Johannesburg, and grew up on the West Rand where he attended Florida Park High School.

As a journalist specialising in the arts, he commented on contemporary literature, theatre, dance, culture and film for over three decades, often helping to catapult SA performers’ careers.

In the late 1980s he was the food critic for the now-defunct Sunday Times Metro supplement, writing Barry’s Bites, and was Sandton Living magazine’s feared food critic under the pseudonym Ms Rebecca Parker.

From 1994/95, he wrote a weekly column in the Star Tonight! Arts supplement, Ronge’s Writes. He was the first male journalist on the Women’s Page of The Star newspaper from 1980 to 1982, reporting on social, health and wellbeing and the arts. He was also editor of the Star Tonight!

He published Spit ‘n Polish, a collection of his Sunday Times columns, in 2006 and More Spit ‘n Polish — the recent past in 2007. At one of his book launches he thanked his partner Van Dyk “whose inspiration never dried up when mine so often did. Albertus, half of the ideas come from you, all the inspiration too. There’s not much I could do without you. Thank you for such great light and joy for so many years”.

President Cyril Ramaphosa on Friday offered his condolences to the people and government of Angola on the passing of former president José Eduardo ...
Politics
1 month ago

The violence that claimed the life of former prime minister of Japan Shinzo Abe is "a call on all of us to work for non-violence, peace and tolerance ...
Politics
1 month ago

Betrayed artists are left to fend for themselves: actor on Surtie-Richards’s death

Jack Devnarain urges actors, sports and cultural personalities to get financially and mentally fit, and to not shy away from demanding their ...
News
1 month ago