How UK bank aided the Guptas 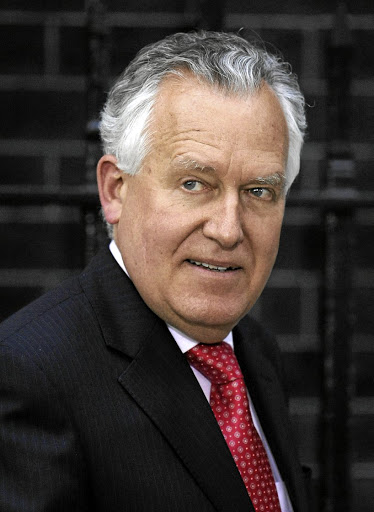 REMEMBERS HIS ROOTS Former anti-apartheid activist Lord Peter Hain has taken up a new cause - fighting corruption in the country of his birth.
Image: Toby Melville/Reuters

The UK headquarters of a global bank told its Hong Kong and Dubai subsidiaries to ignore suspicions that transactions involving the Gupta family were illicit.

This was divulged in the upper house of the British parliament, the House of Lords, by South African-born and educated former anti-apartheid activist Peter Hain on Wednesday.

Hain had written in September to UK Chancellor of the Exchequer (finance minister) Philip Hammond asking him to urge law- enforcement agencies to track about R7-billion thought to have been laundered through the Guptas' international networks, and to ensure that it was returned to the South African Treasury.

The UK bank accused of possible criminal complicity relating to allegations of money laundering by the Gupta family has been named as HSBC.
News
4 years ago

He asked that HSBC, Standard Chartered and the Bank of Baroda be investigated.

The FBI and Dubai's financial authorities are also investigating allegations of money laundering by the Guptas through their relatives.

The information about the UK bank - which Hain has for now declined to identify to The Times - was provided by a whistle-blower.

Hain told the Lords that he was in possession of transaction printouts that showed transfers of funds by the Guptas over the past few years, from their South African accounts to accounts in Dubai and Hong Kong, that appeared to be illicit.

The printouts, which identify the banks, have been sent to Hammond.

Hain said the records showed all the account numbers.

"Many of the transactions are legitimate, but many certainly are not," he said.

Hain said the illicit transactions were flagged internally by the bank as suspicious.

"But I am informed that they were told from the UK headquarters to ignore it. That is an iniquitous breach of FCA [Financial Conduct Authority] practice, which I trust ministers would never countenance, and is an incitement to money laundering, which has self-
evidently occurred in this case, and also been sanctioned by a British bank, as part of the flagrant robbery of South African taxpayers of many millions," he said.

Hain said each originating transaction started with one bank account and was then split into a number of accounts to conceal the origin.

"Undoubtedly hard questions will need to be asked of the facilitating banks because they have aided and abetted the Gupta money-laundering activities," he said.

Hain has asked that the implicated bank be investigated for criminal complicity.

The Times, which has access to the leaked Gupta business e-mails, has seen a report of cross-border transactions between numerous Gupta entities based in South Africa, Hong Kong, Dubai and the US.

House of Lords peer and anti-apartheid activist Peter Hain is expected to expose a UK bank linked to money laundering and the controversial Gupta ...
Business Times
4 years ago

The most active of the Gupta entities are Oakbay Investments, which is based in South Africa, Accurate Investments, based in Dubai, Brookfield Consultants, based in the US, and the Indian-based World Windows and RR Energy.

The size of the transactions varies, with some of the largest being R320-million, R230-million for the purchase of two aircraft from the US - allegedly bought with the proceeds of crime - R128-million, and R15.5-million which passed through the Bank of Baroda.

A report by the Bank of Baroda's auditors, Nexia SAB&T, seen by The Times, raised suspicious about several transactions facilitated by the bank. None of these transactions, according to the auditors, was reported by the bank to the SA Financial Intelligence Centre.

The suspicions, according to the auditors, were aroused because the bank failed to: