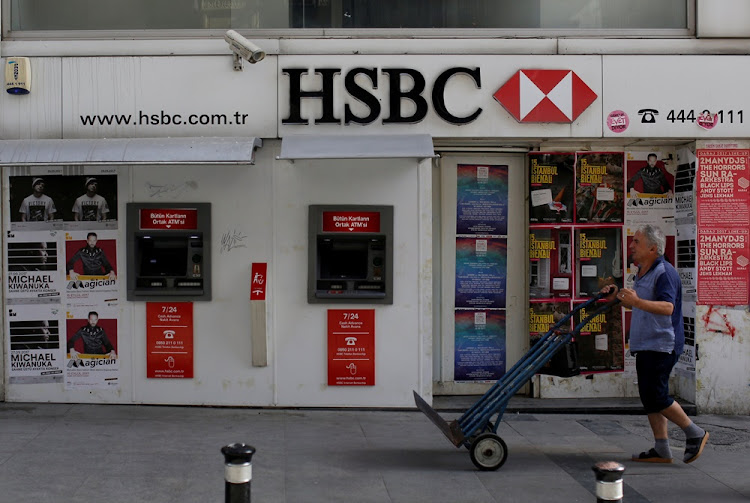 A man walks past by a closed HSBC bank branch in the UK.
Image: REUTERS/Murad Sezer (file photo)

The UK bank accused of possible criminal complicity relating to allegations of money laundering by the Gupta family has been named as HSBC.

However, as HSBC did not have the relevant foreign exchange licences, Nedbank and Standard Bank in South Africa were allegedly used as intermediaries.

This was revealed in a letter dated October 31 2017 – and seen by TimesLIVE – from House of Lords peer Peter Hain to Chancellor of the Exchequer Philip Hammond.

The information detailed money transfers made by the Guptas over the past few years from their South African bank accounts held with HSBC to accounts held by the same bank in Dubai and Hong Kong, he said in the letter.

Hain said some of the transactions were legitimate, but not all of them.

KPMG probe due to start after delay

After almost a month's delay, the details of the independent inquiry into KPMG's work for the controversial Gupta family and their report on the SA ...
News
4 years ago

He told Hammond he had been informed that HSBC flagged some suspicious transactions internally but that its headquarters in the UK gave instructions to ignore this.

"That is a major breach of FCA [Financial Conduct Authority] practice, which I am sure you would never countenance, and is an incitement to money laundering, which has self-evidently occurred in this case and also been sanctioned by HSBC as part of [the] flagrant robbery of South African taxpayers of many millions," Hain wrote.

He made the same revelations in the House of Lords on Wednesday but did not name the bank.

Hain first wrote to Hammond in September, asking him to urge law enforcement agencies to track down about R7-billion thought to have been laundered through the Guptas’ networks and ensure it was returned to South Africa’s Treasury.

He specifically asked that HSBC, Standard Chartered and the Bank of Baroda be probed.

The information regarding the UK bank was provided to Hain by a whistle-blower.

Trillian CEO knew Nene would be sacked, made a killing on rand's fall

Trillian CEO Eric Wood pocketed "hundreds of millions of rand" after buying up US dollars shortly before Nhlanhla Nene was sacked as finance minister ...
Politics
4 years ago

US authorities are also investigating possible money laundering by the Guptas through relatives living in the country. Dubai, through its central bank, is also looking into similar allegations involving the family.

Hain told the House of Lords that the sheets of transactions in his possession showed the relevant banks involved and all bank account numbers that were used.

He explained that each originating transaction started with one bank account and then was split into a number of accounts, a couple of times, to disguise the origin.

“Undoubtedly, hard questions will need to be asked of the facilitating banks, because they have aided and abetted the Gupta money-laundering activities,” he said.

Hain has asked that HSBC be investigated for possible criminal complicity.