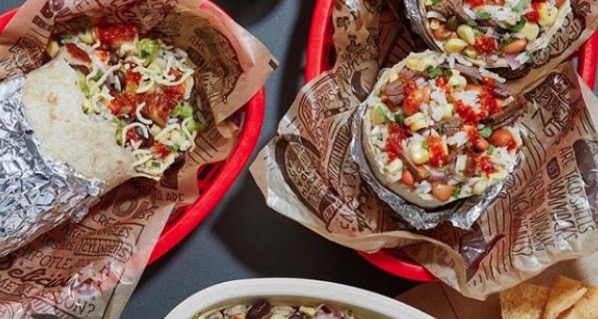 They might be famous for their food but an alleged race incident dragged the food chain into the spotlight.
Image: Instagram/Chipotle

When Masaud Ali posted a video of a "racist" manager who demanded that he pay in advance for his meal, US social media users were livid.

According to Daily Mail, many people were certain that this was a classic example of racial profiling.

The incident happened at a Minnesota franchise of family restaurant Chipotle Mexican Grill, where Dominique Moran was the manager on duty.

Twitter user @masudaliii shared a video of he and his friends refused service at Chipotle. The manager has since been fired for demanding the customers to pay before receiving service. pic.twitter.com/Bcjdzxurg0

The Washington Post reported that Moran denied being a racist and said: "I feel I'm a genuine person and helpful, I thrive from making people happy."

Chipotle fired Moran in an apparent bid to gain favour with the public. But that was not the end of the story. People dug up old social media messages posted by Ali. They unearthed remarks he allegedly made a few years ago about eating at restaurants without paying, also known as "dining and dashing."

The tweets then went viral on social media.

A July 2015 tweet read: "Dine and dash is forever interesting." In July 2016, a post from the same account stated: "Aye man I think Chipotle catching up to us fam ... should we change locations."

It turns out, Ali was known by restaurant staff as a customer who eats and runs. Moran said this was why she had been hesitant to serve Ali before he had paid for his meal.

On Monday, The Washington Post reported that Chipotle had apologised and offered Moran her job back.

The company said: "We will work to continue to ensure that we support a respectful workplace for our employees and our customers alike."

Where to get fantastic Mexican food in Mpumalanga

After a meal at Picasso's Mexican Taqueria in White River, Andrew Unsworth understands why Mexican food has become so popular in recent years
Lifestyle
2 years ago

Elevate grilled mielies to gourmet heights with a Chipotle and lime, Parmesan and pesto or Asian-inspired topping
Lifestyle
3 years ago

Which supermarket makes the yummiest hummus?

Served with crunchy crudites, pita bread or mini kebabs, hummus can be the star of an easy crowd-pleasing snack platter. To help you buy the best, we ...
Lifestyle
3 years ago