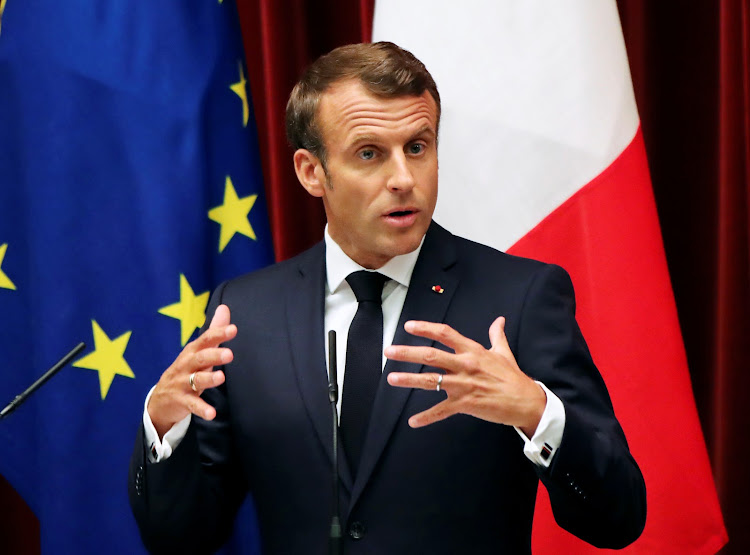 French President Emmanuel Macron warned Iran on Thursday not to quit its 2015 nuclear deal or give signals that it intended to do so, and said he would discuss efforts to avoid military escalation with US President Donald Trump.

US allies in Europe have been alarmed by an escalation between the United States and Iran in recent weeks, which culminated last week when Trump ordered air strikes only to call them off minutes before impact.

Washington, which quit an agreement last year under which Iran accepted curbs on its nuclear programme in return for access to world trade, has sharply tightened sanctions since May. Iran has responded by saying it could take steps that would violate the nuclear deal.

The crisis took on a military dimension in recent weeks, with Washington blaming Tehran for attacks on ships in the Gulf, and Iran shooting down a US drone. Iran denies blame for the attacks on ships and says the drone was in its air space when it was struck. Washington says it was in international skies.

European countries, which disagreed with the US decision to withdraw from the pact but share US concerns about Iranian behaviour, have been caught in the middle, expressing increasing concern that a mistake on either side could trigger war.

Macron said he had two priorities: keeping Iran inside the nuclear deal and avoiding military escalation.

"Tensions are growing and for me the first element is that there is no exit from the framework. The second thing, and I will discuss it with president (Trump) tomorrow, is to do everything to avoid a military escalation," Macron said.

"I had a conversation with President (Hassan) Rouhani a couple of days ago and I indicated that any exit from the accord would be an error and any signals in that direction would be an error," Macron told reporters.

He said France believed the US drone was over international waters when it was shot down, "so that was an aggression which was one more step in this escalation".

'Mentally handicapped', 'obliterated': Threats & insults fly between Iran and US

Trump threatened 'obliteration' despite other US government officials saying they were open to negotiation.
News
1 year ago

Tehran has said it intends to continue to abide by the nuclear agreement, but cannot do so indefinitely if it receives no economic benefits. It has set a number of deadlines in recent weeks for European countries to shield it from US sanctions or it will take steps that could ultimately violate it.

One of those deadlines expires on Thursday, when Iran has said it could accumulate more than the maximum stockpile of low-enriched uranium allowable under the deal. Diplomats have told Reuters that Iran is still short of that threshold but on course to reach it in coming days.

Senior diplomats from the European powers are due to meet the U.S. special envoy on Iran in Paris on Thursday. Macron said officials were working on ways to improve the nuclear deal.

Washington says the nuclear deal, agreed under Trump's predecessor Barack Obama, is too weak because it is not permanent and does not cover areas outside of nuclear activity such as Iran's missile programme and regional behaviour.

Trump has invited Iran to talks "without pre-conditions". Iran says it cannot negotiate unless the US accepts the agreement it already signed and lifts the sanctions.

Iran will speed up enrichment of uranium after a deadline given to European countries to prevent this ends on Thursday, the spokesman for Iran's ...
News
1 year ago

Iran, US in war of words after US military 'spy' drone shot down in Gulf

Iran on Thursday shot down a US military drone it said was on a spy mission over its territory but Washington said the aircraft was targeted in ...
News
1 year ago
Next Article