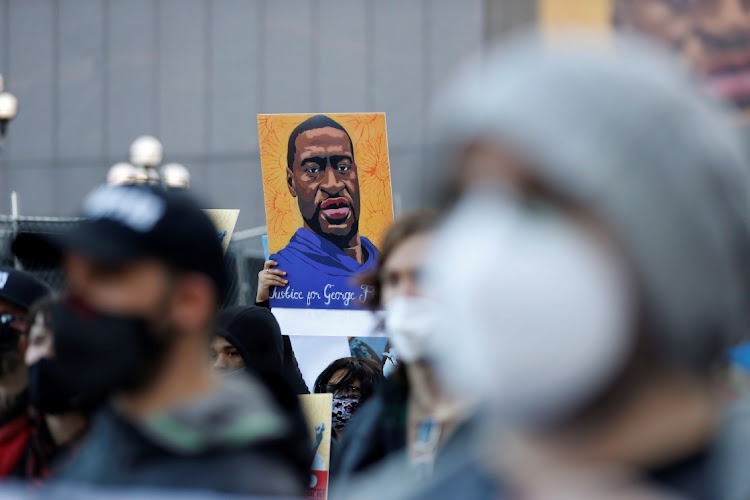 Protesters march on the first day of opening statements in the trial of former police officer Derek Chauvin, who is facing murder charges in the death of George Floyd, in Minneapolis, Minnesota, US, March 29, 2021.
Image: REUTERS/Octavio Jones

A professional mixed martial arts fighter who witnessed the deadly arrest of George Floyd in Minneapolis last May is due to return to the stand on Tuesday for the second day of testimony in the murder trial of former police officer Derek Chauvin.

Donald Williams can be heard on a bystander's cellphone screaming at Chauvin, who kept his knee on Floyd's neck for about nine minutes during the arrest on May 25, 2020, shortly after Floyd was accused of passing a fake $20 bill.

Williams calls Chauvin a “bum” in the video, accuses the white police officer of “enjoying” his restraining of Floyd, a 46-year-old handcuffed Black man, and told jurors on Monday he believed that Chauvin was using his knee in a “blood choke” on Floyd, a wrestling move to knock an opponent unconscious.

The video, which prosecutors say shows excessive force, sparked outrage and daily demonstrations in the US and around the world protesting police brutality against Black people. The trial is being watched as a litmus test for the US justice system.

Chauvin's lawyers are expected to counter that Williams has no knowledge of police manoeuvres.

In opening arguments on Monday, a prosecutor said Chauvin betrayed his badge “when he used excessive and unreasonable force upon the body of George Floyd.”

Chauvin's lawyers argued he was simply following training from his 19 years on the force and that the main cause of Floyd's death, which the county examiner ruled a homicide caused by police restraints, was a drug overdose.

Former Minneapolis policeman Derek Chauvin betrayed his badge by “grinding” his knee into George Floyd's neck during a deadly arrest last May, a ...
News
1 year ago

A jury will gather on Monday to hear whether the deadly arrest of George Floyd, which ignited a global protest movement ten months ago, amounts to ...
News
1 year ago