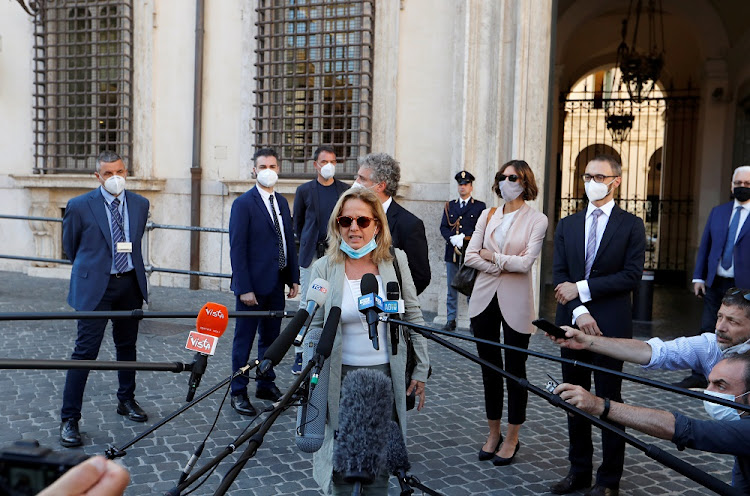 An Italian prosecutor has accused the World Health Organization (WHO) of hindering efforts to investigate allegations that Italy failed to prepare adequately for the coronavirus pandemic.

Prosecutors in the northern city of Bergamo, the epicentre of the deadly outbreak of Covid-19 in 2020, are also looking into accusations that WHO officials helped the Italian health ministry cover up its alleged shortcomings.

"Up until now we have just been met with a rubber wall," prosecutor Maria Cristina Rota told Reuters.

WHO spokesman Christian Lindmeier denied that the United Nations agency was obstructing justice.

"It is WHO practice to always assist local authorities in such matters if requested and as appropriate. WHO is currently reviewing a request for international judiciary assistance from the office of the public prosecutor in Bergamo," he said.

The case has underscored concern about health management in Italy and raised questions over whether the WHO might be susceptible to pressure from member states to suppress potentially damaging information.

Almost 116,000 people have died of Covid-19 in Italy, the second highest tally in Europe after Britain, with the country still registering hundreds of deaths each day.

Rota said the Geneva-based WHO had rebuffed an initial request for help and demanded that any queries pass through formal diplomatic channels. This was done on March 8, but prosecutors have yet to hear back, she said.

Rota said the WHO had also failed to forward summonses to its staff to give witness statements to the prosecutors. "Indeed, it encouraged everyone not to appear," she said.

As an international organisation, the WHO said its staff had diplomatic immunity. Spokesman Lindmeier said prosecutors had not sent a request to waiver immunity and did not provide the context in which the summons were being issued.

Bergamo prosecutors last year opened an investigation into the government's handling of the crisis and are reviewing allegations that the WHO conspired with Rome to suppress a damning report by its own researchers into the alleged failings of the Italian health system.

The report was posted on the WHO website on May 13, 2020, but was withdrawn the following day. Seen by Reuters, it said Italy's pandemic plan had not been updated since 2006 and said the response of local hospitals had been "improvised, chaotic and creative".

Italy repeatedly reassured the WHO that it had updated the plan in the years following 2006 but did not appear to have done so, a legal source said. The Italian health ministry did not respond to a request for a comment.

Francesco Zambon, who was lead writer on the WHO report, resigned from the agency last month, telling RAI TV his position had become unsustainable after he alleged that senior officials had pressured him to water down criticism of Italy.

"The data and information contained in the report had not received final clearance and contained inaccuracies and inconsistencies," he told Reuters.

"If the requested actions had been completed the report could have been published normally, or re-published respectively," Lindmeier said.

Prosecutors say they are investigating whether the WHO pulled the report at the request of Ranieri Guerra, a special adviser at the agency. Guerra was director general for preventive health at Italy's health ministry between 2014 and 2017 and as such was responsible for the pandemic plan.

Guerra has denied being responsible for the removal of the report. He met Bergamo prosecutors in November and legal sources said last week that he was placed under investigation for allegedly lying during questioning.

He has denied that accusation, saying in a statement to the media that he was "astonished and embittered by this situation. I do not know what they are talking about".

The following is a roundup of some of the latest scientific studies on the novel coronavirus and efforts to find treatments and vaccines for ...
News
2 months ago

Coronavirus-related deaths worldwide crossed 3 million on Tuesday, according to a Reuters tally, as the latest global resurgence of Covid-19 ...
News
2 months ago

The World Health Organisation appealed to countries on Monday not to pause vaccination campaigns after two more European nations and one in Asia ...
News
3 months ago

Italy will be placed under a nationwide lockdown over the Easter weekend for the second year running, a draft decree law seen by Reuters said on ...
News
3 months ago