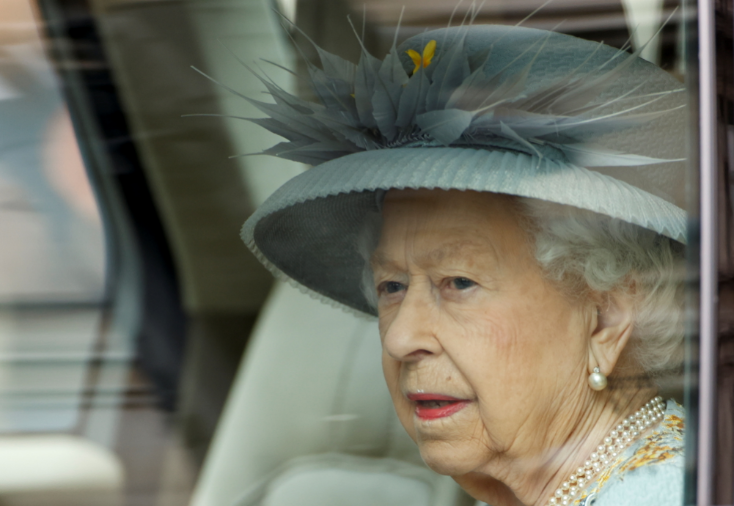 Britain's Queen Elizabeth arrives for the State Opening of Parliament at the Palace of Westminster, where a scaled-back ceremony takes place due to the coronavirus disease restrictions, in London, Britain, on May 1, 2021.
Image: REUTERS/John Sibley

British Prime Minister Boris Johnson promised to tackle inequality and "level up" the country on Tuesday with a post-pandemic raft of laws presented by Queen Elizabeth to parliament.

In a ceremony stripped back because of the Covid-19 pandemic, the queen, who wore a day dress instead of the usual robes and crown, read out the bills the government hopes to pass during the next year on everything from job creation and healthcare to stripping back post-Brexit bureaucracy.

In the 18 months since Johnson's Conservatives were re-elected with a big parliamentary majority, his agenda has been eclipsed by the pandemic, which caught his government off guard and has absorbed many of its resources for making policy.

With Britain's vaccination programme now far ahead of many other countries and the spread of the virus at low levels, Johnson is hoping to revive his 'levelling up' agenda and re-set a premiership that has been clouded by accusations of cronyism.

"My government's priority is to deliver a national recovery from the pandemic that makes the United Kingdom`stronger, healthier and more prosperous that before," the 95-year-old queen told parliament in the speech written by the government.

"To achieve this, my government will level up opportunities across all parts of the United Kingdom, supporting jobs, businesses and economic growth and addressing the impact of the pandemic on public services."

In an introduction to the pages of government pledges, Johnson said: "The crisis has in no way diminished the government's ambition or appetite for change... We have been given an historic opportunity to change things for the better."

After completing Britain's exit from the European Union at the end of 2020, Johnson has wanted to showcase what he sees as the benefits of Brexit. But he has so far been unable to match a pledge made in the 2016 Brexit referendum campaign of handing the health service 350 million pounds ($494 million) a week.

His government will instead try to reduce what it saw as excessive EU bureaucracy by streamlining state aid and procurement rules so it can target funds to ailing businesses more quickly and directly.

That was part of the government's strategy to "build back better", which also included education reforms to help adults access life-long learning - seen by ministers as key to reshaping the British workforce.

On climate change, the government repeated its commitment to achieve net zero greenhouse gas emissions by 2050, a pledge it hopes will spur other nations to cut their emission targets before a United Nations climate summit in November in Scotland.

Much of Tuesday's 'Queen's Speech' comprised policies and proposals already flagged, prompting the opposition Labour Party to challenge the government to turn its "rhetoric into reality".

"The Conservatives have so far tried to hide their lack of a long-term plan by making people and places scrap over funding pots," Labour leader Keir Starmer said in a statement.

"This piecemeal approach won't deliver the fundamental change our country needs. Instead, we must today see meat on the bones of a proper, ambitious plan to deliver the change people across the country deserve."

British Prime Minister Boris Johnson will set out on Monday the next phase of lockdown easing in England, giving the green light to "cautious ...
News
1 year ago

Britain's Queen Elizabeth will present Prime Minister Boris Johnson's post-pandemic agenda on Tuesday in a speech written by the government that will ...
News
1 year ago

Britain is on course to ditch the Covid-19 social distancing rule requiring people to stay at least one metre apart towards the end of next month, ...
News
1 year ago