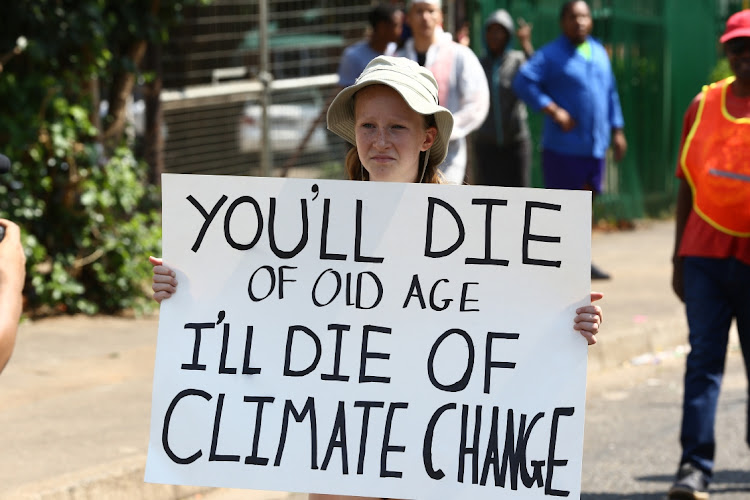 The new study determined that although climate change may have slightly increased the likelihood of the current low rainfall levels, the recent dry weather is still within expected natural variability.
Image: Thapelo Morebudi

But the crisis still highlights vulnerabilities that will only worsen as global temperatures continue to rise, scientists for the organisation said.

Southern Madagascar's worst drought in decades has devastated crops and pushed the region to the brink of famine. More than a million people in the African island nation require emergency food aid, with the UN World Food Programme reporting "pockets of famine" already appearing in the region. Half a million children are on the verge of becoming acutely malnourished, and 110,000 severely so, the agency says, causing developmental delays, disease and death.

In October, the United Nations said the drought and food shortage in Madagascar could become the world's first "climate change famine ," with a recent UN climate report showing increased aridity in Madagascar.

The new study determined that although climate change may have slightly increased the likelihood of the current low rainfall levels, the recent dry weather is still within expected natural variability. Researchers estimated a drought this severe has a 1 in 135 chance of happening in the region each year under today's climate.

"The drought strongly shows what a very narrow range of possible weather we are actually adapted to," said study co-author Friederike Otto, a climate scientist at the University of Oxford and co-leader of World Weather Attribution.

"We are not even adapted to the present day. And so it (climate change) will only make things more difficult for these regions in the world," she said.

The paper has not yet been submitted for peer review, but uses peer-reviewed rapid attribution methods to produce findings quickly.

Madagascar has one of the highest poverty rates in the world, with more than 90% of the population in the affected southern Grand Sud region living below the poverty line, according to Amnesty International. The Covid-19 pandemic exacerbated the problem, causing a devastating effect on household incomes and access to food, the organization said.

Though Thursday's study found climate change played no more than a small role in the current drought, Madagascar is projected to experience increased droughts and more severe cyclones as global warming worsens, according to an August report by the UN's Intergovernmental Panel on Climate Change.

The emergency in Madagascar underscores the threat to poorer nations as such extreme weather becomes more frequent. African countries are among those least responsible for climate change yet facing its deadliest and costliest impacts. Madagascar, for instance, has contributed less than 0.01% of historic carbon-dioxide emissions, according to the Global Carbon Project.

Wealthier nations, responsible for the bulk of climate change-causing emissions, pledged in 2009 to provide $100 billion a year in funding by 2020 to help developing nations adapt to and mitigate climate change. They have so far failed to deliver on their promise and are currently not expected to meet it until 2023.

The White House sent an international agreement that requires countries to phase down greenhouse gases frequently found in refrigerators and air ...
News
7 months ago

UN climate talks ended Saturday with a deal that for the first time targeted fossil fuels as the key driver of global warming, even as coal-reliant ...
News
7 months ago