Save South Africa calls for protest after Cabinet reshuffle 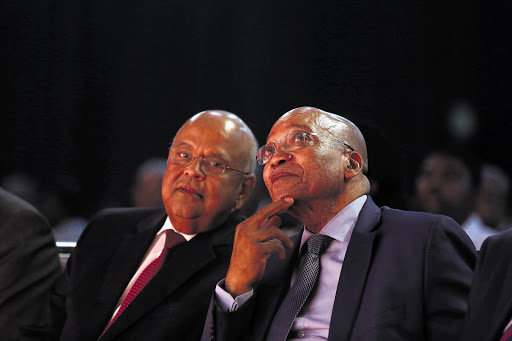 Save South Africa has called on all citizens to assemble outside National Treasury on Friday morning following the removal of Finance Minister Pravin Gordhan in a late-night Cabinet reshuffle.

"This is the only way we can stop the capture of National Treasury‚ and prevent the Gupta proxies from getting access to our money: the campaign said.

Save SA called the reshuffle an "outrage".

"The Cabinet reshuffle... [is an] insult to the suffering of millions of South Africans over many decades‚" the Save SA campaign said in a statement shortly after the announcement.

"It is a brazen attempt to undermine the gains of the Liberation struggle by taking power away from the people handing it over to a clique based in Dubai."

The campaign said the latest development was a "Gupta coup" and final confirmation that Zuma‚ the government and the country had been captured.

"The new finance minister has extensive experience in the national executive‚ but he has absolutely no experience in the 'finance family' and his appointment is unlikely to be well received by the markets‚" he said.

"The new finance minister's principle qualification for the job is his absolute loyalty to President Jacob Zuma."

United Democratic Movement president Bantu Holomisa claimed Gigaba was hired as finance minster because of his association with the Gupta family.

"Politically speaking‚ many of the ministers who have been removed‚ still hold positions within the ANC and given the recent noise made by the Communist Party [on Thursday] it would be interesting to see how the Communist Party will react‚" he said.

The Economic Freedom Fighters have in the meantime written to National Assembly Speaker Baleka Mbete requesting a special urgent sitting to debate a motion of no confidence in Zuma between April 3-7.