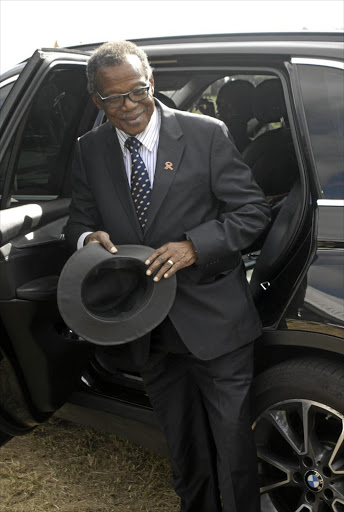 Leaked emails provide some details into his visit to Saxonwold last year‚ making a detour from attending a funeral in Pretoria. He was accompanied by his son Zuzifa Buthelezi.

Visitors to the Gupta mansion remain a source of speculation and interest and numerous politicians and businesspeople are reported to have passed through their gates including Finance Minister Malusi Gigaba‚ Water Affairs Minister Nomvula Mokonyane‚ Department of Cooperative Governance minister Des Van Rooyen and Eskom CEO Brian Molefe among others.

Last year the two Buthelezis‚ accompanied by five VIP protectors‚ had earlier sent the IFP president's dietary requirement for consideration by the family.

An email dated May 2‚ 2016 from Buthelezi's secretary Lyndith Waller‚ said Buthelezi would join the family for lunch the following day at 1pm.

“With regards to dietary requirements‚ the Prince is diabetic and follows a strict diet. I attach details hereto. If it is not possible to bring chicken or fish into your home‚ please cater for sufficient steamed vegetables and salad. He is unable to eat spicy food‚” part of the email reads.

A list of “more healthier” food was provided as options for various meals.