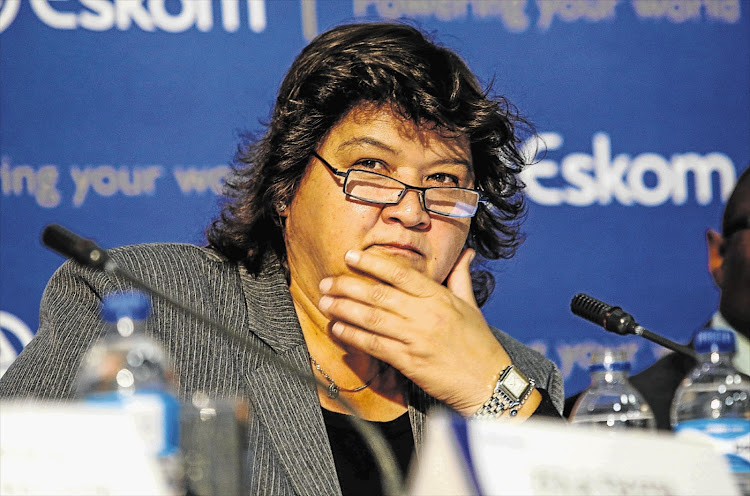 Brown appointed four additional members on Friday‚ in an attempt to strengthen a severely emaciated board that had been rocked by allegations of corruption and corporate governance missteps.

In what seems to be a cleanup of Gupta deployees from South Africa’s largest and most strategic state-owned company‚ Brown removed Mabude from the board on which she has sat since June 2011‚ making her the longest serving member of Eskom’s board.

Mabude‚ with a background in finance‚ is alleged to have contacts and relationships with the controversial Gupta family‚ and is the only member who was not reappointed on Friday.

This is Mabude’s second dismissal from the board of a key state-owned company this year.

Silas Zimu, a special adviser on energy to President Jacob Zuma, didn’t declare his involvement in a company that was awarded a 149 million-rand ...
Business Times
5 years ago

On February 20‚ former transport minister Dipuo Peters fired Mabude‚ along with three other directors‚ from the board of the Airports Company SA (Acsa).

Like Eskom‚ the company that operates the country’s main airports was dogged by controversy and alleged corruption in its tender processes.

A month later‚ however‚ Peters was removed in President Jacob Zuma’s Cabinet reshuffle.

Peters’ replacement as transport minister‚ Joe Maswanganyi‚ reinstated Mabude and the other three directors on May 31.

Mabude’s presence on the Acsa board is the subject of a court case‚ in which the Economic Freedom Fighters (EFF) has applied to the high court to interdict the board from considering a R51 billion infrastructure project.

The party says the four‚ including Bajabulile Luthuli and Kenosi Moroka‚ are "pawns" and "henchmen" of the Gupta family. The Guptas are said to be eyeing a R3.5 billion contract to upgrade the runway of the Cape Town International Airport.

Asked whether Mabude has been removed from the board‚ Brown’s spokesman‚ Colin Cruywagen‚ said: "If her name is not in the statement then it’s self-explanatory. The minister said she’ll rotate the board."

Mabude’s name appears in leaked e-mails in which associates of the controversial Gupta family suggested former transport minister Ben Martins appoint her to the Acsa board in November 2012.

Other Gupta allies on the Eskom board‚ including former chairman Ben Ngubane‚ have left in the past few months‚ in the wake of scandals involving the family’s alleged capture of key state institutions.

Luthuli was also previously an Eskom board member‚ before reappearing on the Acsa board.

Zethembe Khoza will act as chairman while Pat Naidoo and Giovanni Leornardi were reappointed as board members.