DA wants Shaik back behind bars 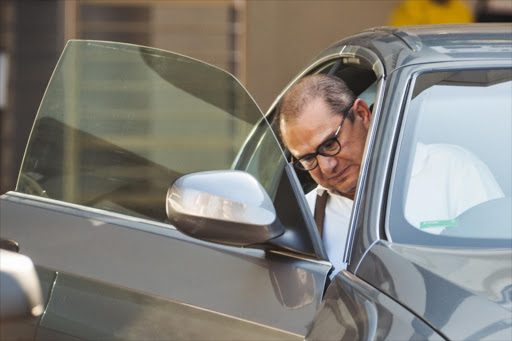 The DA is pushing for Schabir Shaik's medical parole to be reconsidered by the courts.

He said the public had been fed the lie that he was paroled because he was terminally ill - but eight years after his release he was still active.

Shaik, whose parole will end in 2021, did not respond to requests for comment.

Last week it emerged that he was still regarded as being "terminally ill" - but the conditions of his house arrest were relaxed in 2015 so that he could work and attend sports and school events.

Shaik was released on medical parole on March 3 2009 after serving only two years and four months of a 15-year sentence on two counts of corruption and one of fraud.

His doctors said he was terminally ill, was clinically depressed, was losing his eyesight, had had a stroke and would die from "severe" high blood pressure.

"It is clear that he was never 'in the final phase of any terminal disease or condition','' said Selfe.

Focus on your “fake” illness and leave politics to us.
Politics
4 years ago

Economic Freedom Fighters commander-in-chief Julius Malema has set the cat among the pigeons with his comments about Indians in KwaZulu-Natal during ...
Politics
4 years ago

'What SA should have asked about Shaik’s terminal medical condition'

The Democratic Alliance is pushing for Schabir Shaik’s medical parole to be revisited by the courts.
Politics
4 years ago