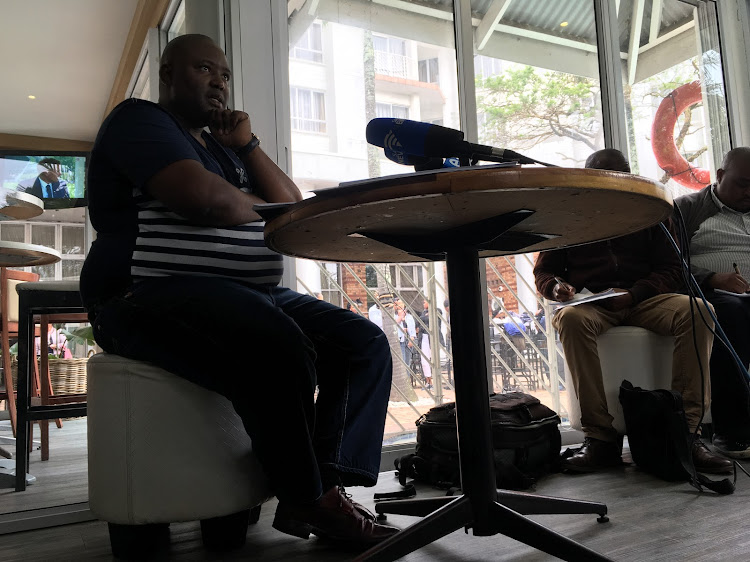 Sthembiso Mshengu speaks at a press conference in Durban, where he criticised the KZN ANC for deciding to appeal a court ruling earlier this month that declared its structures invalid.
Image: MATTHEW SAVIDES

The ANC in KwaZulu-Natal will appeal against a high court decision to nullify its 2015 elective conference‚ and the leaders elected there.

Earlier this month the Pietermaritzburg High Court ruled that the conference was null and void. This after a group of so-called rebels from 43 ANC branches across KZN took legal action against the mother body‚ citing various irregularities.

At the conference‚ KZN chairman Sihle Zikalala‚ other members of party's Top 5 in KZN and a provincial executive committee of 30 members were elected. But the ruling effectively declared their election invalid.

Two disgruntled ANC members in the Eastern Cape have failed to convince the High Court in Mthatha to nullify the party’s OR Tambo regional election ...
Politics
4 years ago

The party was given until this week to appeal‚ and the ANC national executive committee said on Friday that it would consult with legal experts on whether or not to appeal.

But it now appears that the appeal will happen.

Sthembiso Mshengu‚ one of the applicants in the case‚ said on Thursday afternoon that a notice to appeal was lodged in the Pietermaritzburg High Court at 3.45pm on Wednesday. He said the rebels would "definitely" oppose this application - but said that it would only provide more details at a press conference‚ scheduled for 2pm.

The My Vote Counts (MVC) has welcomed a court ruling that information about private funding for political parties and independent ward candidates is ...
Politics
4 years ago

ANC national spokesman Zizi Kodwa said he was not yet prepared to comment.

"We'll communicate officially the outcome of the consultation with the senior council‚" he said‚ without indicating when the comment might be made.