ANC leadership will be decided by 5‚240 delegates 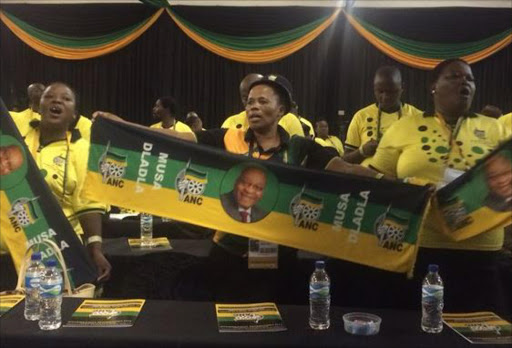 The choice of who will be in charge of the ANC has been left in the hands of 5‚240 people‚ the party has confirmed.

ANC secretary general Gwede Mantashe said the National Executive Committee agreed that the revised number of delegates applied to those who would be allowed to vote for the party’s top brass at the conference next month.

Initially the party said there would be 4‚731 delegates but that figure did not include the current NEC leaders‚ the three leagues and an allocation for provincial leaders.

The ANC in Mpumalanga and the Northern Cape are so far leading the pack - almost concluding their pre-conference processes - with the ANC in KwaZulu-Natal lagging behind.

The ANC in Johannesburg believes it has enough ammunition to convince other political parties that DA mayor Herman Mashaba has failed the city.
Politics
4 years ago

Mantashe said they were not extending the deadline for BGMs which was originally November 15‚ but added that there may be a grace period until the end of the weekend.

Once BGMs are completed‚ ANC provinces and leagues would finalise their nomination of candidates in an effort to meet the threshold to be on the ballot paper at the party elections.

Mantashe said that they were working haRd to complete all branch meetings and resolve disputes before the conference sits on December 16.

Mantashe said he may adopt a special dispensation to allow for branches in KwaZulu-Natal to complete their processes.

He conceded that the ANC Women’s League was the first top structure to formally nominate their preferred candidates.

The ANC leadership in the Eastern Cape will remain in their positions but will have to account to “big brother” Minister Fikile Mbalula who has been ...
Politics
4 years ago

The ANCWL issued a statement on Monday evening confirming that they have endorsed Nkosazana Dlamini-Zuma to be president with Mpumalanga ANC chairperson David Mabuza to be her deputy.

They have also nominated incumbent ANC deputy secretary general Jessie Duarte to remain in her position for another five years.