Abrahams appeals against court ruling on his NPA appointment 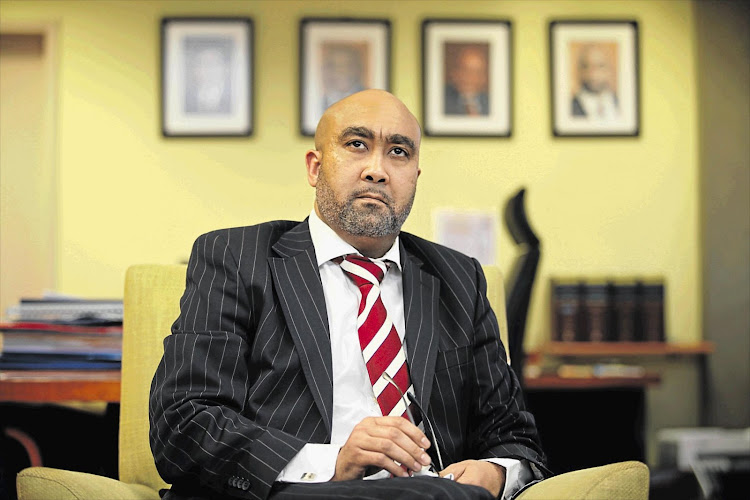 Just a day after President Jacob Zuma filed court papers to appeal against the decision of the high court in Pretoria‚ which found him to be too conflicted to appoint the national director of public prosecutions‚ Shaun Abrahams‚ who holds this position‚ has appealed against the same court’s decision.

On December 8‚ the court ordered that Zuma may have no say in appointing a new head of the National Prosecutions Authority because he faces the prospect of criminal prosecution himself and is conflicted.

A full bench set aside the termination of former prosecutions boss Mxolisi Nxasana's contract‚ as well as the subsequent appointment of Abrahams on 18 June 2015.

Civil society organisations Freedom Under Law and Corruption Watch had brought an application to challenge Nxasana's R17-million golden handshake‚ which he has now been ordered to pay back. The court referred to the long-standing spy tapes matter and the prospect of Zuma being charged with fraud and corruption.

On Thursday‚ Zuma filed his papers in which he appealed against the decision and argued the court erred in saying that he is unable‚ as president‚ to appoint a new prosecutions director and yet he is still performing his other functions as president.

I am the only president of the country, Zuma tells court

President Jacob Zuma has filed court papers appealing the decision of the High Court in Pretoria which said he could not appoint the National ...
Politics
3 years ago

In his papers‚ Abrahams questions the basis on which the court decided that he be removed from office.

He argues that in finding it just and equitable for him to be removed‚ the court focused on three factors.

One‚ that Abrahams had associated himself‚ inconsistent with the imperative of prosecutorial independence‚ with the position of the president.

Two‚ that he attacked certain submissions of the applicants in strong language.

And three‚ that he should not have questioned judgments in which the conduct of former deputy NDPP Nomgcobo Jiba and the other prosecutors had been criticised.

“I submit that it was unfair for the court a quo to criticise my litigation posture in support of its finding that it was just and equitable that I be removed from office. There could be no legitimate objection to my arguing that there was indeed a vacancy into which I could be appointed; that the president was not conflicted at the time of appointing me; and that the appropriate remedy would in any event not be to strip me of the position.

Both President Jacob Zuma and NPA head Shaun Abrahams could soon be without jobs.ANC president Cyril Ramaphosa is this week expected to ramp up his ...
News
3 years ago

"Had I abided any of these proposals‚ I would in effect have been endorsing the applicants’ substantive application insofar as it concerned me‚” Abrahams said in his papers.

“And‚ in several crucial aspects‚ I did not align myself with the president. In my answering affidavit of 29 January 2016‚ I stated specifically that‚ having not had any involvement in the settlement agreement‚ or in the termination of Mr Nxasana’s employment‚ I would not comment upon the facts giving rise thereto. I took to position that it was not necessary to furnish details as to the facts leading up to my appointment. I also declined to comment on the circumstances of Mr Nxasana’s departure‚” he said.

He said the court's remarks about the language he used on his affidavits were unfair.