NPA denies report that Zwane, Guptas to be charged within next few weeks 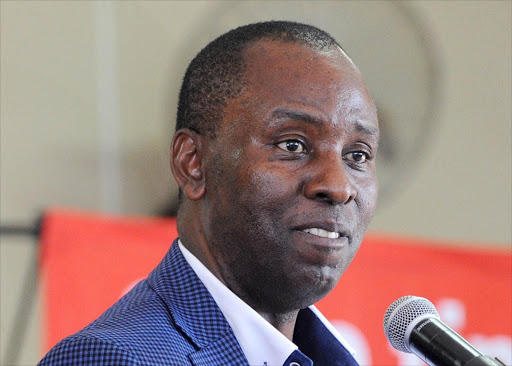 The National Prosecuting Authority has rubbished a report that Mineral Resources Minister Mosebenzi Zwane‚ three Gupta brothers and their associates are to be charged with money laundering‚ among other charges‚ in the next few weeks.

The Sunday Times reported that the case would become the first state capture to be prosecuted.

It said that Zwane would be accused No 1 for his role in a sophisticated and elaborate scheme that allegedly siphoned off R220-million meant to benefit poor farmers to fund the Gupta’s luxurious lifestyle. The Gupta brothers - Atul‚ Rajesh and Ajay - would be accused number 2‚ 3‚ and 4‚ respectively‚ it said.

Zwane is believed to have played a role in the establishment of the Vrede Dairy Farm Project‚ which was handed to Kamal Vasram‚ the sole director of Estina – for which the Free State government paid R220-million.

"As the NPA‚ we are on record as saying that the investigations in respect of some of the legs of some of the State of Capture investigations‚ are at an advanced stage. However‚ at this stage they are not finalised‚ therefore you cannot talk about an indictment before the investigation process is finalised… an indictment is a product of a fully investigated docket where you are in a position to say: 'These are the charges that we are going to prefer against whom these charges are going to be preferred'‚" NPA spokesman Luvuyo Mfaku told eNCA on Sunday.

"We dismiss the article by the Sunday Times as really concerning and we believe that the people who are their sources‚ are not part of the investigation and the prosecuting team because those teams know exactly where we are at. We have just had briefings with them where these issues were ventilated relating to the approval of the seizure‚" added Mfaku.

He said the National Director of Public Prosecutions is not sitting with an indictment and "there is no decision to prosecute anyone"‚ adding that once the investigators have completed the investigation process‚ they will bring the docket to the prosecutors after they've analysed the evidence they have gathered.

The Sunday Times reported that South African law enforcement authorities have obtained co-operation agreements from the Indian‚ British and United Arab Emirates governments‚ which are said to be ready to assist when asked to by Pretoria.

Reports that the ANC is negotiating an exit deal for President Jacob Zuma is nothing but betrayal to the people of South Africa whose lives have been ...
Politics
3 years ago

Mineral Resources Minister Mosebenzi Zwane, the three Gupta brothers — Atul, Rajesh and Ajay — and their associates will be charged with money ...
News
3 years ago