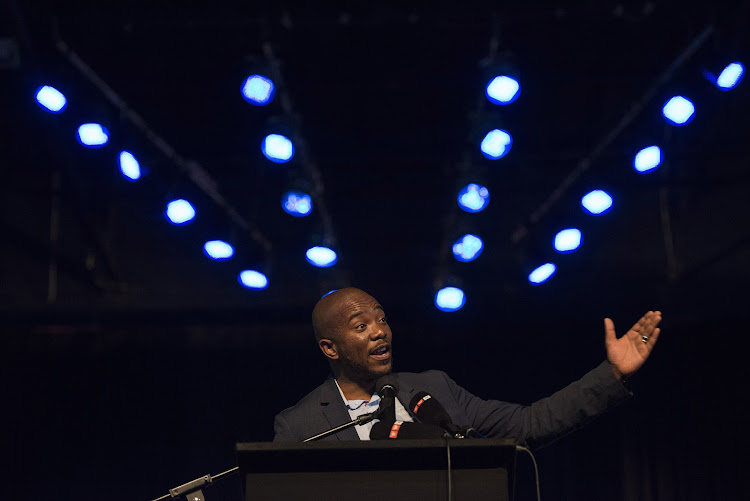 DA Leader Mmusi Maimane said the DA would not field their own candidate to contest the presidency when Parliament gathers to elect a new president at 2pm on Thursday.

Speaking to the media on the stairs of the National Assembly following Jacob Zuma’s resignation as president‚ Maimane said it would be inappropriate for the DA to support Cyril Ramaphosa’s election.

“We don’t only have a Jacob Zuma problem we have an ANC problem‚” he said.

Maimane said he has written to speaker of the National Assembly‚ Baleka Mbete requesting an urgent debate on the dissolution of Parliament‚ which the EFF said they would support.

“We believe Parliament must function. If the ANC wants to install Cyril Ramaphosa they must go ahead and do that. But they must know that with immediate effect we (must) go through a process of how we dissolve Parliament‚” he said.

Maimane noted that South Africa needed a fresh start and the new administration ought to get a mandate from the electorate.

Cape Town mayor Patricia de Lille survived a motion of no-confidence by one vote on Thursday.
Politics
3 years ago

With a combined viewing of over 675-billion‚ President Jacob Zuma's exit was the biggest story to hit South African social media. It even dwarfed ...
Politics
3 years ago

'I'm off to court': De Lille storms out after being denied secret ballot

Cape Town mayor Patricia de Lille walked out of a city council meeting called to decide her fate on Thursday.
Politics
3 years ago