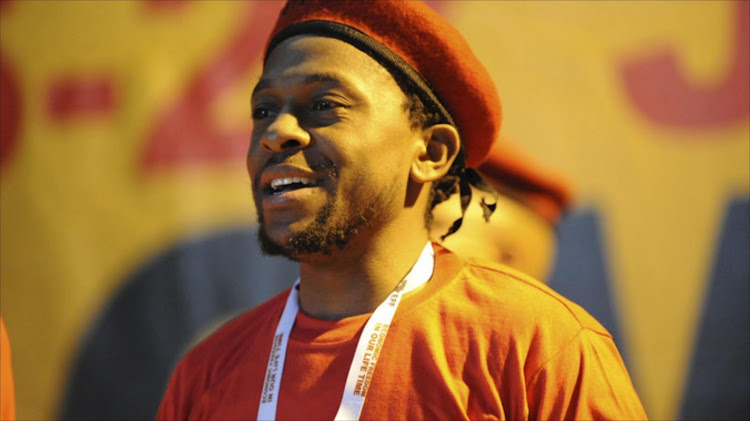 The Economic Freedom Fighters praised the late Winnie Madikizela-Mandela on Tuesday, saying that in their eyes she was the 'perfect image of the divine'.

Madikizela-Mandela died at Milpark Hospital in Johannesburg on Monday afternoon after a long illness that saw her hospitalised several times since January. She was 81.

"She taught us to love ourselves‚ our country and continue the struggle for the total emancipation of our people and continent‚" Mbuyiseni Quintin Ndlozi said on behalf of the party that she should have been president.

"For denying us Winnie Mandela as the president of the Republic South Africa‚ the liberation movement must bury its head in shame in this painful hour of loss.

"We bid her farewell as the stone that the builders rejected. Her memory will live long and one day a better society‚ free from the patriarchal hatred that suppressed her rise to be a president‚ will embrace a talented black woman to lead our nation. In her name we vow to accelerate and deepens the fight against patriarchy‚ within our own ranks and in society in general."

Julius Malema spoke to a crowd of EFF supporters outside Winnie Madikizela-Mandela’s home on Tuesday, calling for protection of the fallen stalwart who died in Johannesburg on Monday.

Tributes continue to pour in for Winnie Madikizela-Mandela‚ as church leaders and politicians recall how she was unafraid of controversy - taking on ...
News
4 years ago

British actor Idris Elba has joined millions of people across the world in paying tribute to struggle stalwart Winnie ...
TshisaLIVE
4 years ago

Winnie Madikizela-Mandela, a stalwart in the fight against apartheid, died on Monday at the age of 81, triggering an outpouring of tributes to one of ...
News
4 years ago

As supporters sang and danced outside the Soweto home of Winnie Madikizela-Mandela on Monday night‚ President Cyril Ramaphosa told the those gathered ...
Politics
4 years ago