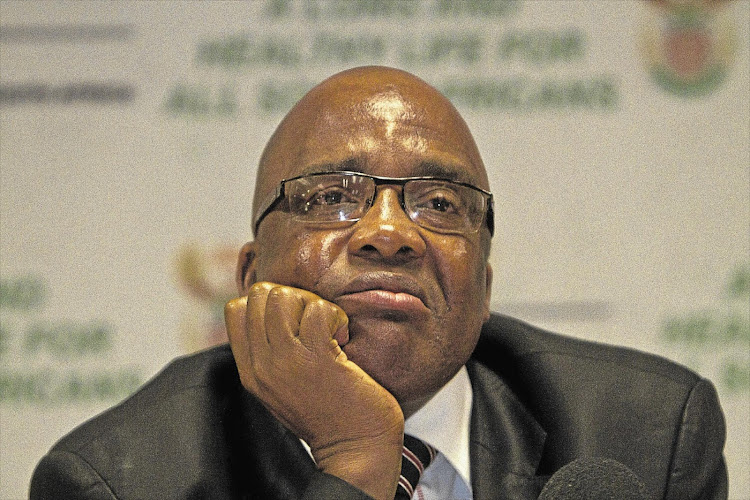 Cosatu has called on President Cyril Ramaphosa to sack Health Minister Aaron Motsoaledi over the state of public healthcare.

The trade union federation has blamed Motsoaledi for the collapse of the healthcare system saying it has reached crisis level. The ANC-aligned federation accused the minister of “denialism and scapegoating”.

Their call comes amid renewed calls from opposition political parties for intervention in public healthcare.

Cosatu played a role in Ramaphosa's rise to power as it was one of the alliance components that backed his leadership. But the federations's influence over the president is yet to be tested.

This move may also spell the end of the Nasrec honeymoon as Motsoaledi was also one of Ramaphosa's loudest cheerleaders.

A go-slow and community strike‚ led by Cosatu-affiliated Nehawu‚ in the North West over problems at that province’s department of health led to national government intervention.

“He is the only minister who has been allowed to stay in one position for close to a decade‚ without being reshuffled. He had ample time to set up a vision and implement it over the last nine years but he has spectacularly failed‚” said Pamla.

He said although health was a provincial competency‚ it was “the centre that has collapsed” leaving the provinces feeling their way in the dark.

Health Minister Aaron Motsoaledi has denied that the country’s health system is facing a total collapse‚ after comments in the media claimed this was ...
Politics
3 years ago

“[Motsoaledi] has never taken responsibility for anything from the problems with the NHI‚ South African Nursing Council‚ Health Professionals Council‚ Esidimeni tragedy‚ listeriosis outbreak and other litany of problems that have engulfed the sector over the years‚” he said.

“The amount of money that has been spent on the public health system over the last years has not delivered the desired results. We support the decisions that have been taken by national government over the years to intervene and rescue the health system in many provinces but the problems start with the national department of health under his leadership‚” added Pamla.