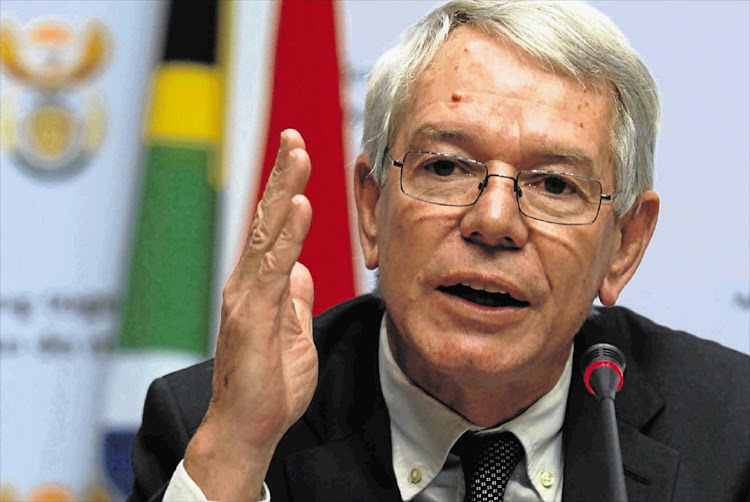 The government wants to withdraw the Expropriation Bill which has been stuck in Parliament for many years and to reintroduce it with provisions that will guide the process to follow in expropriating land without compensation.

The current bill‚ which was passed by Parliament in 2016‚ provides for the expropriation of land for a public purpose such as building a road or a dam‚ erecting a power line and for land reform‚ but it does not provide for expropriation without compensation but rather just and equitable compensation. It is mainly about the process and sequence that should be followed to ensure an administratively just process. Former president Jacob Zuma sent it back to Parliament on the grounds that public participation was inadequate.

On Tuesday‚ Cronin told MPs in the portfolio committee on public work that the government wanted to send a clear signal to both those that thought expropriation without compensation meant there would be white genocide and to those who were frustrated by the slow land reform process. Cronin said the government wanted to take everyone into its confidence as to what it was trying to do‚ following US President Donald Trump's tweet‚ the campaign by AfriForum and the hostility from the institute of race relations and to address “characters from the other side”.

“How do we send the signal which calms as best as possible the situation?

The Freedom Front Plus is going international with its campaign to stop land expropriation without compensation from being government policy, but it ...
Politics
3 years ago

“That is by embodying in the current bill additions which will indicate the conditions under which it will be just and equitable for them to be no compensation‚" said Cronin.

"That's what we would like to achieve from the side of Cabinet because Cabinet is well aware that we are dealing with a highly emotive issue and one that is dangerous for the country‚ for the investment that we need and is also dangerous if we do not move in terms of the anger and frustration that people are feeling around the land issue. So we are dealing with emotions of all sides and we need to provide serious leadership‚” he added.

Cronin said the government would use an “interesting clause” in the Bill of Rights: Section 25.8 which read “no provision of this section may impede the state from taking legislative and other measures to achieve land‚ water and related reform‚ in order to redress the results of past racial discrimination‚ provided that any departure from the provisions of this section is in accordance with the provisions of section 36(1).”

The provisions of Section 36 [1] are about general limitation of rights and reads: “The rights in the Bill of Rights may be limited only in terms of law of general application to the extent that the limitation is reasonable and justifiable in an open and democratic society based on human dignity‚ equality and freedom‚ taking into account all relevant factors…”

Why Trump is suddenly so keen on the SA land debate

President Donald Trump of the US is a man on fire.
Ideas
3 years ago

Cronin said the additions to the redrafted bill would provide clarity in legislation as to the kind of boundaries of such a limitation. “That is what we propose to do”.

He said the department of public works couldn't move on this because the bill was now the property of Parliament but its withdrawal or rejection by Parliament would enable the department to bring about the new changes.

“Now we will need to add‚ mainly to send a signal to the courts‚ to Trump‚ to Fox News Agency but also to the hotheads on the other side of things that yes‚ we may well‚ once Parliament has decided‚ and it looks like Parliament is going to decide with the majority obviously that in certain cases expropriation without compensation will be allowed.”

He later told the Sunday Times that it was the Cabinet's view that whatever the decisions of Parliament following the constitutional review committee process‚ there would need to be ordinary legislation that would provide the courts‚ expropriators‚ expropriated parties and everyone with guidance as to what would be the limits of expropriation without compensation.

“Our ambition is to publish for public comment before the end of the year... to signal that it's about comfort to those who are desperate about land reform‚ which is their right‚ that we are not abandoning the possibility of expropriation without compensation and to others who are concerned that will be a wild affair‚ that this is how government intends to do it‚” said Cronin.

The committee agreed to write to Speaker Baleka Mbete to withdraw the bill from Parliament.