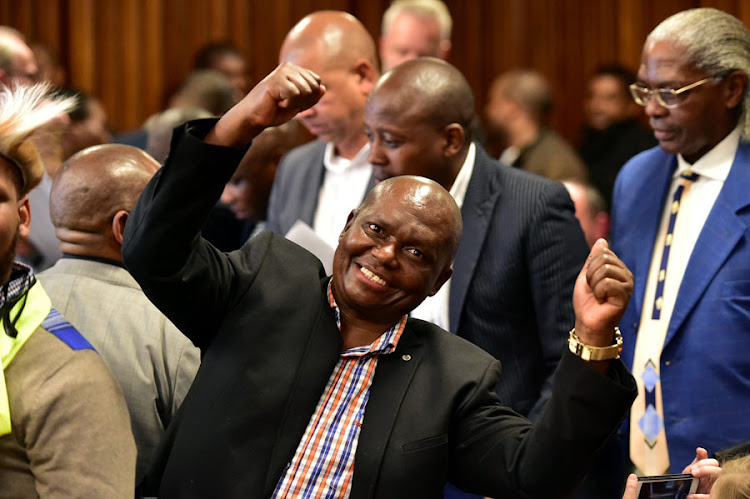 In a surprise move likely to lessen the chances of the Democratic Alliance-led coalition retaining power in the Nelson Mandela Bay metro‚ the Patriotic Alliance has withdrawn its support of the coalition.

Patriotic Alliance councillor and national chair Marlon Daniels said he initially supported the DA-led coalition’s bid to challenge the removal of Athol Trollip as mayor and the election of Mongameli Bobani as mayor‚ but later had a change of heart.

"In our analysis‚ the motion of no confidence played out in an unfortunate manner‚ particularly for the DA‚ but we no longer feel there is a strong enough basis to challenge it‚ either in law or from a political perspective.

"The new coalition government under mayor Mongameli Bobani is now in power and needs to be given a chance to prove itself‚ " Daniels said.

The DA approached the High Court in Port Elizabeth on Thursday to have Trollip’s removal and Bobani’s election nullified.

Two DA ward councillors in Nelson Mandela Bay turned against their party on Friday to side with the new coalition government.
Politics
3 years ago

The outcome of the court case will have a bearing on who ultimately is in charge at City Hall.

The numbers in the council are‚ however‚ skewed towards the ANC‚ the EFF‚ the UDM‚ the African Independent Congress and the United Front with 60 seats out of 120.

The DA with COPE‚ the African Christian Democratic Party and the Patriotic Alliance have 58 seats after DA ward councillors Trevor Louw and Neville Higgins resigned from the party last week. A by-election will have to be held within three months to replace them.