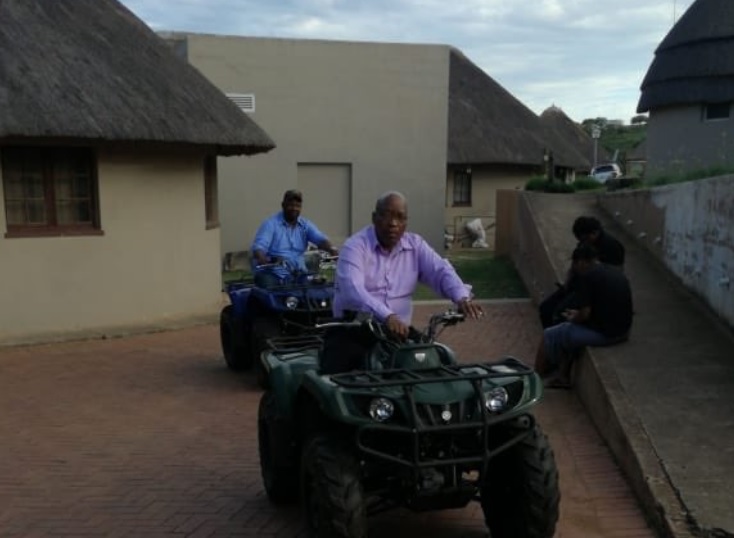 Former president Jacob Zuma believes there is "too much" unnecessary debate on the land issue "for my liking".

Zuma on Wednesday morning posted a two-part video clip on his Twitter account airing his views on the land question.

According to Zuma, the drafters of the Freedom Charter — which states, "Land shall be shared among those who work it," — were much more advanced.

He said the ANC had taken a "very clear resolution" on the land question at its December 2017 conference at Nasrec, adding that the time for talk was now over.

"Having also experienced that what was an arrangement before of the state buying the land [based] on market prices under the principle of willing buyer [willing seller], we have agreed now, that has not solved the problem.

"And that is why the ANC debated the matter and took a very clear resolution that we must have expropriation without compensation. I do not know why there is a long debate on this matter because it is simple. We cannot change the facts of history."

My opinion on the land issue - 2 pic.twitter.com/S0zS3h07Dl

Zuma charged that history revealed that after the Berlin Conference (in 1884-85), white people came to SA and took the land from the indigenous people.

Moreover, said Zuma, freedom would not be complete until those who had been dispossessed of their land regained what they had lost.

"The ills of the black people in South Africa, the bigger portions of it, emanate from the land dispossession. You solve the problem of the land, you will solve the poverty in this country, inequalities and the economic issues," said Zuma.

I do not know why there is a long debate on this matter because it is simple. We cannot change the facts of history

Zuma compared SA with European countries, claiming that in developed countries land was owned by the state and leased to private individuals.

"I have become more convinced that the drafters of the Freedom Charter were more advanced than us because they talked about the nationalisation of the land and that is what developed countries do," he said.

"No land is sold to individuals because land is an important resource to the nation. That is my feeling about the issue of the land. We are discussing it too much for my liking."

The DA in eThekwini has slammed the city’s decision to reach an agreement with former president Jacob Zuma to record his popular struggle songs.
Politics
2 years ago

Are you using apartheid legislation and killers to defend your criminal case? Maimane asks Zuma on Twitter

It has been 11 days since former president Jacob Zuma joined Twitter. He has played soccer with children, done a Zulu war dance and played chess ...
Politics
2 years ago

Benevolent Jacob Zuma says he's 'an elder on his way out'

Former president Jacob Zuma on Thursday described himself as an "elder on his way out".
News
2 years ago

'If apartheid killers could get state funds, so should I,' says Jacob Zuma

Sitting in a chair covered in what appears to be a leopard skin, former president Jacob Zuma posted a video message on Sunday bemoaning the benefits ...
Politics
2 years ago